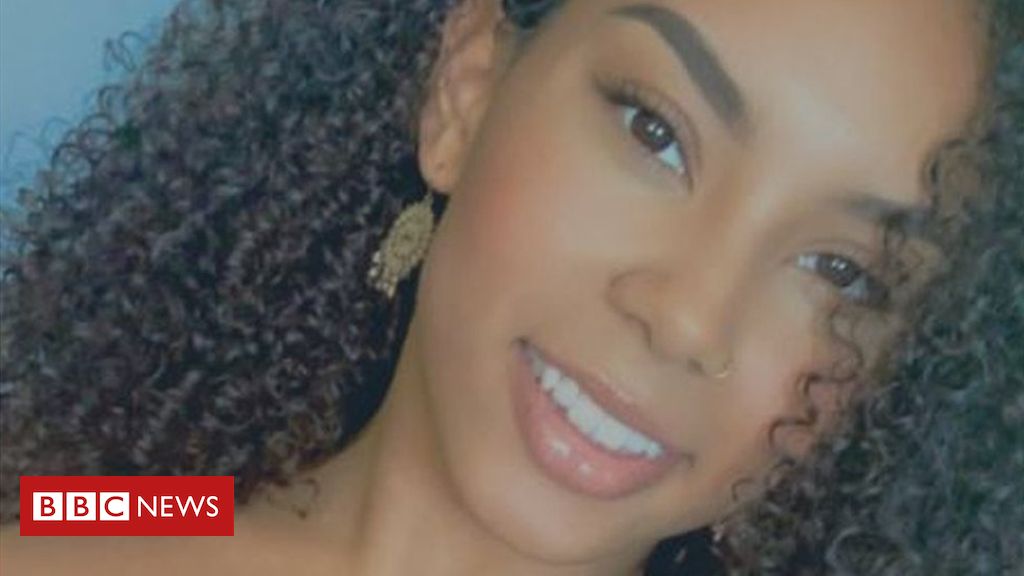 When Cheveay Oakley moved from London to Cornwall with her mother at six years old, she had never experienced any racism.

But with the predominant ethnic group in Cornwall being “White” – accounting for 98.2% of the population – and the south-west region being the least diverse in England, she began to face challenges she had never even thought about.

From having racial slurs shouted at her from passing cars to being singled out in class when the history of slave trading was being taught, Cheveay, 20, explains in her own words what it was like to grow up as a black person in one of England’s whitest places.

‘My first memory is of racism’

I was born and originally lived in London. When I was six years old, I moved to Camborne in Cornwall with my mum, Ali. That’s where her family lived so we did it to be closer to them.

My mum is white and my dad is Jamaican but it wasn’t until we moved to the south-west that I encountered my first racism experience.

I was in year two and must have been about seven or eight years old in infant school. I had been in Cornwall for about a year or so.

Some boy called me a brownie. I was so confused about the fact he would use it a lot to tease me.

This isn’t only my first memory of racism, it’s my first memory ever. I remember my mum came into the school to address it and how the mother of this boy started crying. She was really upset and felt really guilty.

I had gone to school in London before this so I’d gone to nursery and reception there. A lot of my classmates were from all over the world. Then to come to Cornwall and be the only black child – I was not used to this sort of thing. I had never even thought of it.

It made me think ‘What’s wrong with me?’ and then I was suddenly aware of being different in that area.

‘I was really embarrassed and felt naked’

My mum struggled with how to explain it all to me. She had to tell me that I might have to face this kind of stuff in my life. People saying these things and making judgements based on my skin colour.

I did struggle with fitting in with particular groups as I got older. I don’t know whether that was predominantly because I was black though.

As a person generally, I was quite isolated in that sense as well. I moved friendship groups a lot and didn’t really enjoy school.

We barely covered any black history at secondary school, except for one topic on the slave trade when I was about 14 or 15 years old. It resulted in a teacher singling me out in front of the whole class of white students asking me how I felt to be the only black child.

I just remember this sinking feeling. I was already very aware I was the only black child in that classroom. I was really embarrassed and felt naked. I remember my mum being very upset about it.

‘You act so white’

There were so many occasions that have stuck with me.

I remember having the N-word shouted at me from passing cars. This happened on multiple occasions. It was humiliating.

There were people who said “I’ve never been with a black girl” or who felt they could continue to ask more personal questions. I was scared to meet people’s parents in case they didn’t like me or judged.

Cornwall is a beautiful place, with some beautiful people who are so accepting and without prejudice, but there is still a very backwards, old-fashioned mindset there.

It was hard being mixed race as well, as people would say “oh, you’re so white” or “you act so white”. What does “acting white” mean? I’m acting like a person. There’s no acting white or acting black. I’m a British person.

‘I would let people use racial slurs’

When I would call it out, people would ask why I was using the race card. But it was because they were being racist.

It would get to a point where I would just allow people to say these things to me and I wouldn’t call it out. I would let people use certain racial slurs like the N-word. I would allow it or otherwise I wouldn’t be accepted.

Looking back at my younger self, I kind of wish I was stronger as a person and strong enough to stand my ground. I think because I was so scared about not being accepted and not having any friends, I just allowed it.

If I was the person then that I am now, I would have not allowed myself to be treated that way.

‘Racism can be unlearnt’

I recently joined in an anti-racism protest in London with my cousin. It was really such a lovely experience. To see that many people come together, of all races, goes to show it isn’t about white fighting black. It’s a fight against racism.

To see the amount of respect people showed for George Floyd, and all the other people who lost their lives, was amazing.

There was one point we were kneeling in complete silence. Everyone was on the same level. There was no judgement from anyone and to feel that included was so nice.

This whole movement at the moment and the way people are coming forward with their own experiences, that’s what made me want to speak out.

I hope I can help other people to use their voice. I think education is key. It’s about educating people to understand that if you see someone who looks different in a place where the majority of people are white or black, it shouldn’t make a difference to what you think of this person.

One thing I try and do is not get upset with the person who is being racist because they’ve learnt it. It’s not them as a person. It can be unlearnt. It’s about getting them to understand.

Being mixed race, I have one side of me that’s white, that I can educate. And a black side that I can empower and help become equal.

I’m aware I have two races I can help.

As told to Hayley Westcott