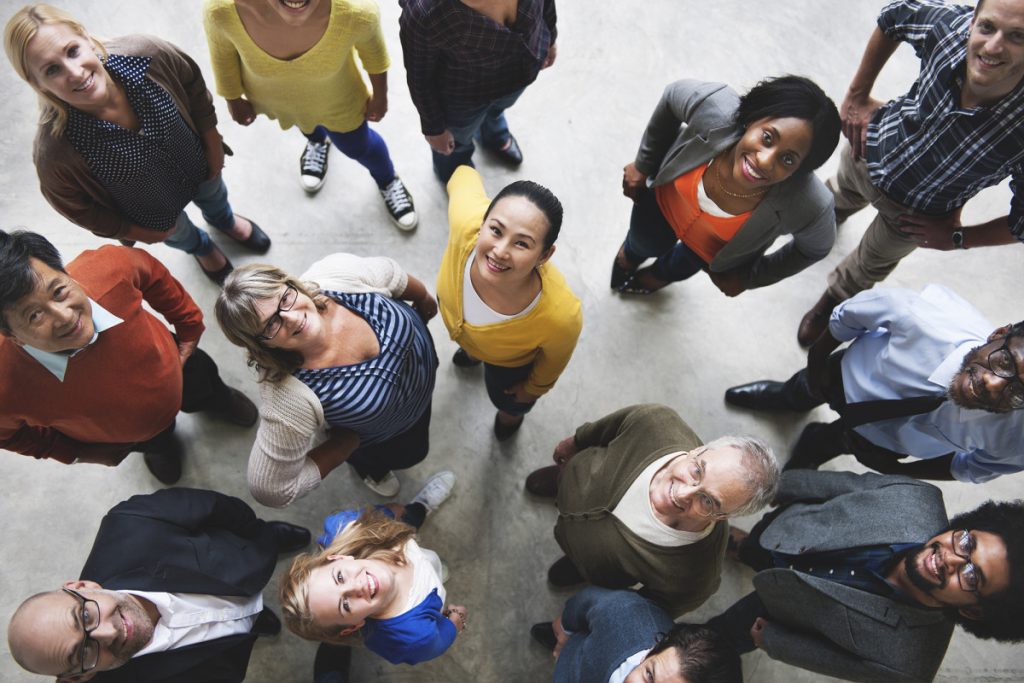 Last year, architecture firm FXCollaborative in Chelsea hired their summer interns using a process that removed any unconscious bias from recruiters. The human resources department did this by manually deleting factors on cover letters and resumes that might identify ethnic backgrounds, including names, photos, schools and organizational affiliations. The hiring team was informed of candidates’ names only after they reviewed resumes and prior to conducting interviews.

“Our goal is to ensure that applicants are judged solely on the quality of their work and not on preconceived notions,” says Shannon Rodriguez, human resources director at FXCollaborative. The result? “We had the most diverse group of interns ever — 8 out of the 9 people chosen were members of minority groups, and they were incredible.”

Rodriguez also expanded the firm’s search beyond the schools they historically recruited from. The hiring team comprised of a variety of employees, from junior designers to project architects, instead of solely management. Since the new process was “a huge success,” the firm intends to use this approach for future hiring.

Michael Schmidt, vice chairman of the labor and employment department at Cozen O’Connor, a Midtown law firm, says this approach is certainly a good idea. “The more you can separate demographic-type information, protected class-type information from the recruiting process that is not necessary to the recruiting decision, the better,” he says. “Just focus on business needs and experience.”

Following the killings of George Floyd and Breonna Taylor, the global protests for Black Lives Matter, and widespread attention to systemic racism, eliminating unconscious bias is one way companies can attempt to even the playing field. Another is through training.

“None of this is to minimize the #MeToo movement or the need to still have sexual-harassment-related discussions,” says Schmidt, but, in addition: “There needs to be a larger discussion about other forms of discrimination and harassment, too.”
This should feature “broad discussions on cultural sensitivity in the workplace, diversity inclusion in the workplace and overall a respectful work environment.”

Schmidt says training — ideally, held annually — should include all employees, with tweaks to address the needs of managers and supervisors. Schmidt also recommends boosting communications by hosting town halls and multi-demographic committees because, “so much of this is listening and learning.”

Torin Ellis, a diversity strategist, risk mitigator and SiriusXM host of “Career Mix,” says it should go one step further: Training should be paired with certification. “Training allows a person to sit in the back of the room; it’s very much a check-the-box initiative,” he says. “Certification requires paying some degree of attention; there’s something checked to make sure I absolutely did that.” Plus, he recommends companies check in with employees after the fact, within a few months.

In addition, Ellis says new employees should feel like they truly belong there. They should extensively research the company during the interview process, like reviewing firms’ public domains — Web sites, leadership teams, press releases — to create informative questions to ensure the company is genuine about their diversity and inclusion.

“If I feel like I’m included as well as I really belong here, I love working here — those things are extremely important in my first year of employment,” says Ellis.

According to a recent flash poll by global communications firm Edelman, 60 percent of respondents say an inclusive work culture with a strong diversity program is critical to attracting and retaining quality employees.

Part of that inclusive work culture involves transparency and communications. Lisa Ross, US chief operating officer at Edelman, says the company has mandatory diversity and inclusion interactive training, as well as employee resource groups for everyone to join where they can participate in events. In addition, there’s an online resource and a 1-800 number so employees can reach out and report any incident they think needs to be investigated.

“This gives a level of anonymity that makes people more comfortable,” says Ross. “It’s essential to have training, but sometimes people are not comfortable raising something they either see or feel that they see. And knowing you can say something completely and safely and that action will be taken, even if it’s just looking into it, we will address it.”

Tricia Fratto, counsel and co-founder of Ethics Suite, a misconduct reporting platform, says it’s important to have a program that employees trust since the natural next step, or even first step, is litigation.

“Understanding that discriminatory practices are happening is the most critical factor in treating the problem,” she says. “An employer has to know what’s going on in order to remediate it. A company can take all the necessary steps to make sure that everyone is being treated fairly and not working in a toxic environment. You can’t address a problem you don’t know exists.”

Diversity and inclusion, along with accountability, are key to forward movement, Ross says, by having “diverse teams and a workforce that is reflective of the world around you.” For instance, Edelman belongs to CEO Action for Diversity & Inclusion, a coalition of more than 900 CEOs and presidents pledging to act on supporting a more inclusive workplace for employees, communities and society.

“This is not a burden for black people to carry,” says Ross. “Saying this as an African-American woman, I am not a problem. The problem is systemic racism in American institutions . . . You can legislate, you can have training, but it’s really about shaping culture in which people can see themselves and be comfortable seeing themselves in producing good work while they do it.”

The current momentum, including peaceful protests, creates an opportunity for leadership to do things differently, says Ellis. “We have the momentum behind us to use as encouragement and empower us to say, ‘Let’s do better,’ ” he says. “I think companies are going to step up. I think we’ll see progress.”