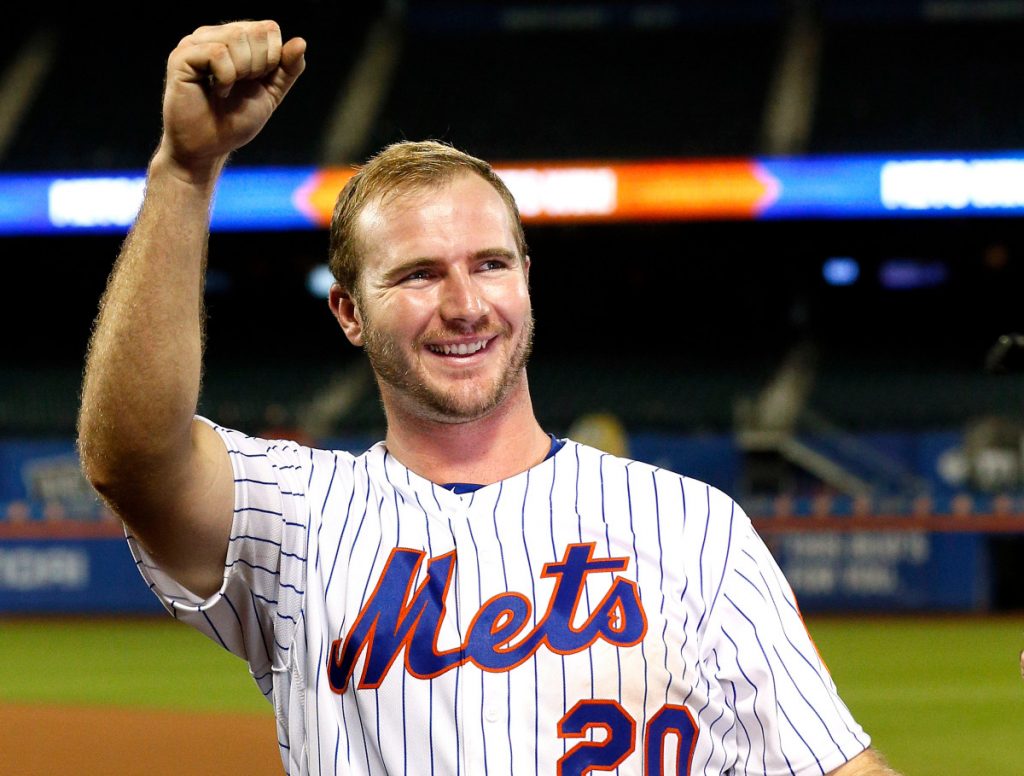 Pete Alonso was known for leading crazy Mets walkoff celebrations last season by ripping off teammates’ jerseys in the middle of the field as well as dumping ice buckets on them.

So how does he think the team should celebrate this season (if there is one) in the coronavirus?

Alonso, a guest with Gary Cohen, Ron Darling, Keith Hernandez and Steve Gelbs on SNY’s “Beyond the Booth Live” recently, was asked best way the team should celebrate in a social-distancing acceptable way.

“I mean, is that a rule?” Alonso asked when the issue was brought to his attention. “I don’t want to put myself in a bind, because I don’t know if we’re going to get fined or something like that, but how are we going to celebrate a walk-off being six feet apart?”

After struggling to come with an immediate answer — calling it a “head scratcher” — the 25-year-old first baseman eventually produced a cool answer after some prompting from Gelbs.

Gelbs brought up an idea of his teammate Dominic Smith, which he previously threw out there during a previous SNY show. Smith’s proposed using a selfie-stick-like contraption to still pull the jerseys off.

Alonso’s idea may have beaten it, though.

“Or what we should do is like use the hose to spray the person down, like the field crew hose,” Alonso said. “I don’t know.”

Though Alonso hasn’t been playing, he’s been contributing a lot a lot off the field during the coronavirus pandemic supporting frontline workers. He also has added his support to a growing list of athletes decrying the death of 46-year-old George Floyd and supporting the Black Lives Matters movement and pushing for greater racial justice and the end of police brutality.

Alonso, who said the Mets are a close-knit group, also is hoping to get back on the field soon.

“It’s a close-knit group, and I’m ready to get back after it,” Alonso said. “All of us pull for each other and it’s just a really good environment and a great group of guys. I’m excited for whenever we get back going.”