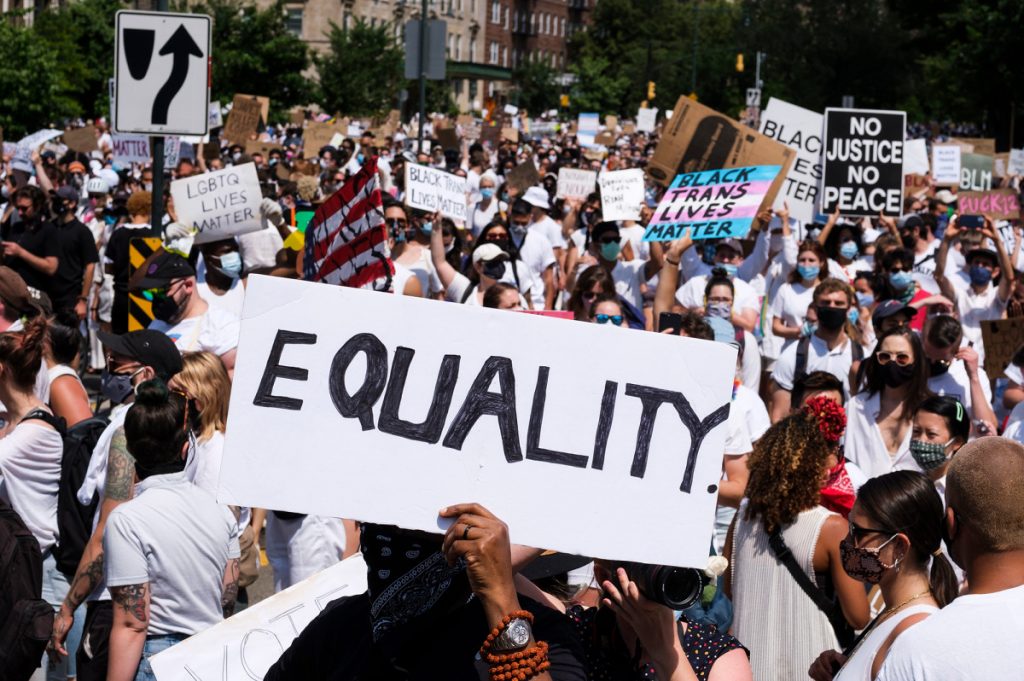 Thousands of protesters — all dressed in white — gathered in Brooklyn on Sunday afternoon to rally in support of the black transgender population.

An enormous sea of people packed outside the Brooklyn Museum for the massive demonstration, according to footage posted to social media by @JibreelJalloh.

“Black trans power matters … And we’re taking that message to the streets today,” an organizer told the protesters over a loudspeaker, the footage shows.

The Brooklyn rally kicked off around the same time as a Black Lives Matter protest in Upper Manhattan — just one of dozens in New York and across the country in the wake of George Floyd’s police custody death.

The Manhattan protest, which originated in Washington Heights’ Mitchell Square Park, drew hundreds of demonstrators before swelling into the thousands after merging with a second rally in Harlem.

Sunday would have been the annual Puerto Rican Day Parade, but it was cancelled due to the coronavirus.

“Today would have been the day I’d wave my flag on Fifth Avenue to honor my homeland, so instead I’m honoring by heritage, my black and brown brothers and sisters, by supporting a cause that’s much bigger than one country,” said 23-year-old protester Kamila Toro.

“I’m proud to be here today, waving my Puerto Rican flag in one hand and Black Lives Matter flag in the other, and let people know that change needs to come and it needs to come now.”