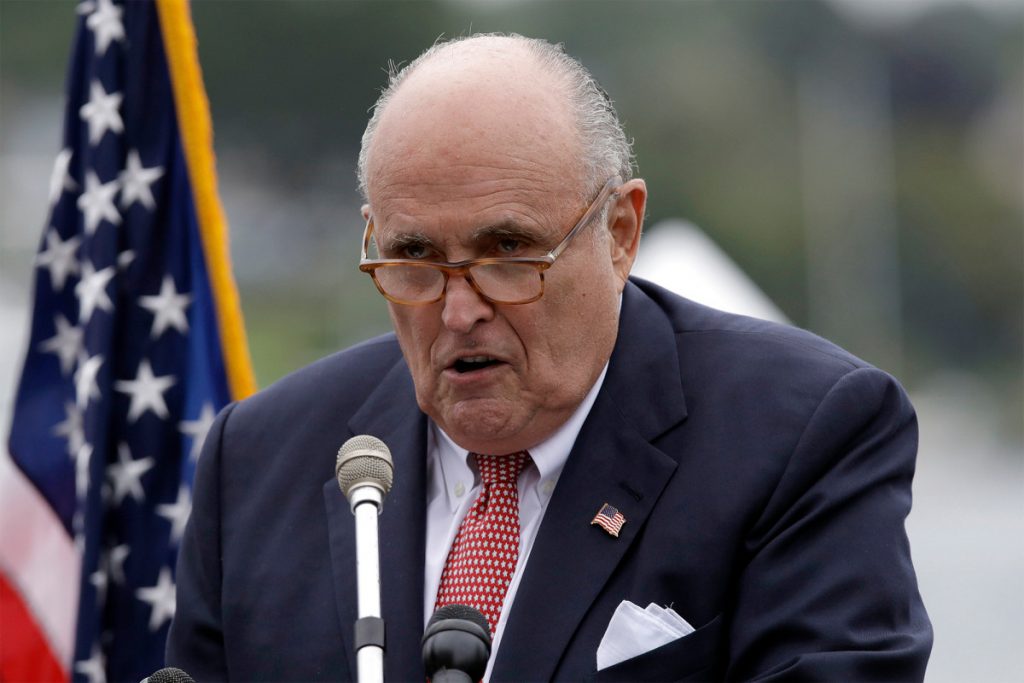 Former Mayor Rudy Giuliani argued that the fatal police shooting of Rayshard Brooks is different than the death of George Floyd at the hands of Minneapolis police officers and said video of the encounter outside a fast-food restaurant in Atlanta may “justify this use of force.”

“Whatever the Atlanta shooting is, it is not the George Floyd case,” Giuliani wrote on Twitter early Sunday morning. “This video appears to present circumstances which may justify this use of force.”

“The only responsible position is to suspend judgment until a full investigation is done,” he added.

Brooks, 27, was shot by an Atlanta police officer late Friday evening after he failed a sobriety test and struggled with the officers as they tried to take him into custody, according to video released by the Georgia Bureau of Investigation.

Brooks grabbed one of the officer’s Taser as they wrestled in the parking lot outside a Wendy’s and fled.

The officers pursued Brooks who at one point turned and appeared to fire the Taser.

At that point, an officer fired three times at Brooks, the video shows.

The incident set off widespread unrest in Atlanta, which is already on edge over Floyd’s death in Minneapolis on May 25.

The protests set the Wendy’s ablaze and blocked roads in the demonstrations that stetched into Sunday morning.

Giuliani, one of President Trump’s personal lawyers, also called out the protests for setting the fast-food joint ablaze.

“Rayshard Brooks: protesters set fire to Wendy’s as police officer is sacked https://gu.com/p/e45ph/stw#img-1…. THIS IS NOT A PEACEFUL PROTESTING. THIS IS ARSON! ARRESTS?,” he said.

One of the officers, Garrett Rolfe, was terminated and the other, Devin Brosnan, was placed on administrative leave.

Floyd was killed after former Minneapolis police officer Derek Chauvin pressed his knee into Floyd’s neck for nearly nine minutes after he was picked up on suspicion of trying to pass a counterfeit $20 bill.

Floyd was handcuffed and unarmed.

All four officers have been fired.