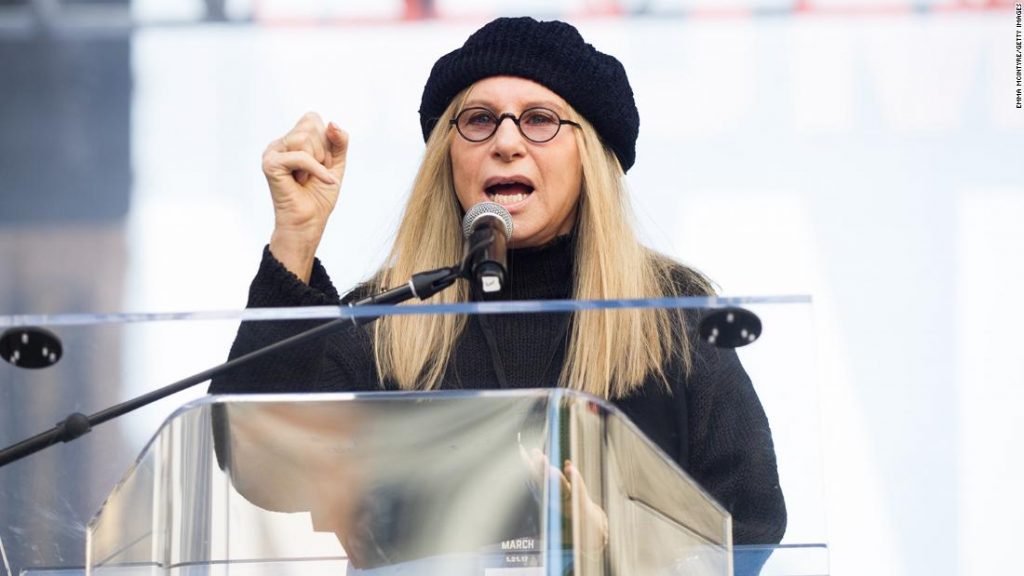 Gianna Floyd, whose father died in police custody last month after Minneapolis police officer Derek Chauvin pressed his knee on his neck for nearly nine minutes, revealed on social media that she has been given stocks in the entertainment company by the Hollywood icon.

“Thank You @barbrastreisand for my package, I am now a Disney Stockholder thanks to you,” the caption reads.

The post did not reveal how many shares the 78-year-old star bought for Gianna.

Along with the shares, the Grammy award-winning singer also gave the little girl two of her albums, “My Name Is Barbra” and “Color Me Barbra.”

CNN has reached out to Streisand’s representatives for further comment.

Earlier this month, the board of regents at Texas Southern University (TSU) announced it was offering to provide Gianna with a full scholarship should she wish to attend the university.

“We know the value of an education in the pursuit of solutions and generational progress. We look forward to embracing her into the TSU family,” Gerald Smith, chairman of the TSU Foundation, said in a statement.

Kanye West is also doing his part to secure Gianna’s future, setting up a college fund for her tuition as part of his $2 million donation to support the families of Floyd, Ahmaud Arbery and Breonna Taylor.
In addition, an official GoFundMe page for Gianna has already raised more than $2 million. “Thank you so much for the outpouring of love and support,” Gianna and her mother, Roxie Washington, wrote on the page.
READ  Following the analyzes, a future action plan