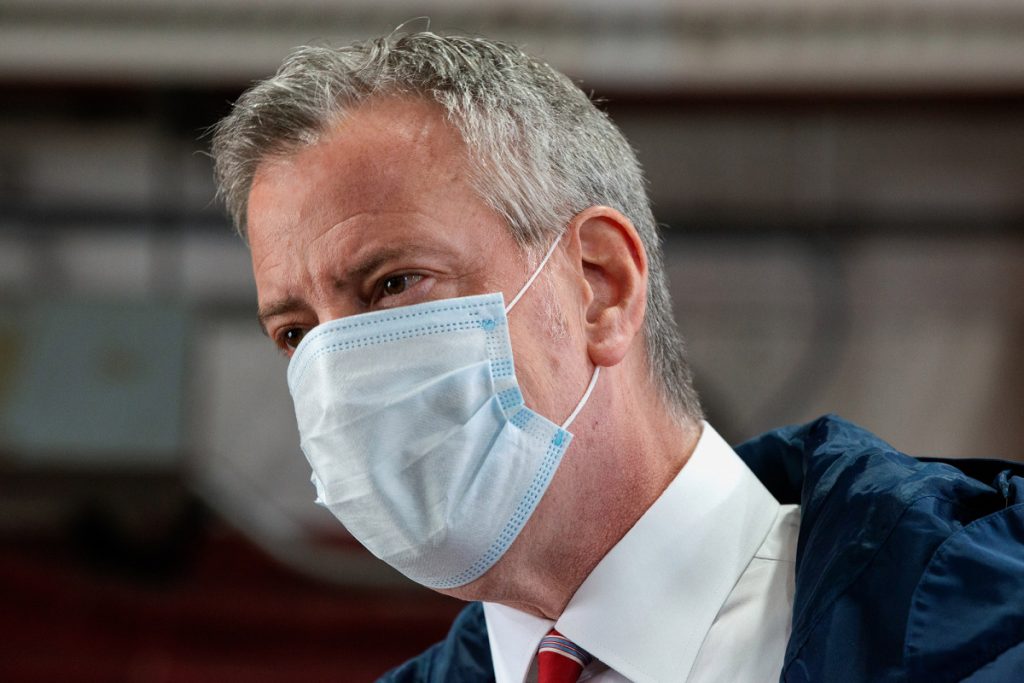 Mayor Bill de Blasio took a sick day Monday — canceling his entire schedule — but he doesn’t “appear” to have the coronavirus, his press secretary said.

“He woke up feeling sick so he’s taking the day to work from home,” the mayor’s press secretary Freddi Goldstein told The Post.

“Based on his symptoms it doesn’t appear to be COVID-related so no plans for a test right now,” she added.

She declined to discuss Hizzoner’s symptoms because they relate to his “personal health,” she said.

It’s the first time the mayor has called out sick since COVID-19 began spreading in New York City in March.

The mayor’s press office canceled his entire schedule at 9:10 a.m. Monday — just 20 minutes before he was scheduled to give his daily remote media briefing from City Hall.

He had also planned to appear live on CNN with Wolf Blitzer at 5:15 p.m. Later Monday evening he had scheduled a sit down with Errol Louis on NY1.

De Blasio told reporters several weeks ago he would follow in Gov. Andrew Cuomo’s footsteps and get a coronavirus test, but he never did, according to Goldstein.

Over last couple of weeks the mayor visited mass demonstrations around the city over the death of George Floyd — the Minneapolis man who was killed after a cop kneeled on his neck for nearly nine minutes — and attended a memorial service to Floyd along with thousands of other New Yorkers in Brooklyn.