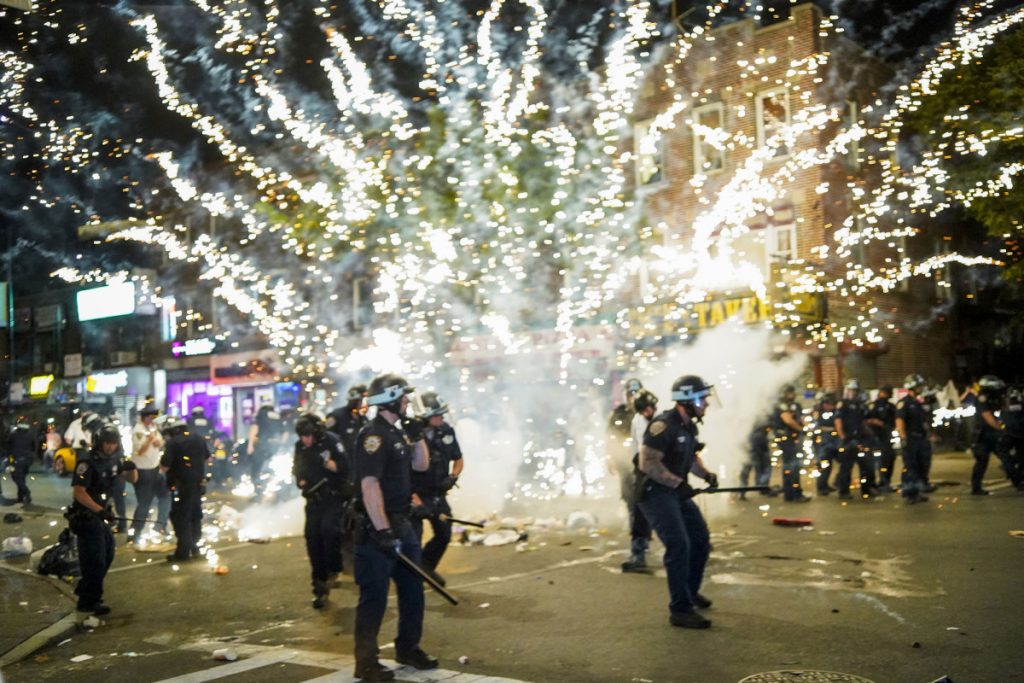 Coronavirus locked-down New Yorkers aren’t waiting until Independence Day to light up the skies, according to city data that shows a massive 4,000-percent surge in firecracker complaints during the first two weeks of June.

The city’s 311 system clocked 849 fireworks grievances from June 1 to June 14 compared to just 21 during the same period last year.

“3 am and still fireworks literally right outside my window. Dog is hiding under the bed,” griped Aaron Ibur on the “Ditmas Park, Brooklyn” Facebook group at 3:16 a.m. on June 12.

Reps for the NYPD and City Hall did not immediately respond to requests for comment about the spike but some members of the Ditmas Park Facebook group suggested it was related to protests over the death of George Floyd.

“I’m not sure who is setting off the fireworks or exactly why, but its my speculation that the fireworks are fueled by rebellion,” group member Dayna Woo-Russel mused on June 14.

“Peaceful protests may not be enough for some, and it’s possible that the fireworks all night are their way of expressing their views against police brutality and the way our government has handled that,” Woo-Russel wrote.

“Yes, they are inconvenient for some but it surely beats burning our neighborhood to the ground,” she added.

Other residents weren’t so patient.

“Jumping in the fireworks argument, happy to be here…not only are the people lighting them off a–holes, but they’re exceptionally dumb too,” Jessica Scott wrote, also on June 14.

“Last night they were detonating them on top of the MTA’s concrete wall next to my house. it’s super neat to be sleeping and then suddenly a cinderblock smashes a through car windshield 10 feet outside your bedroom window. car alarms blare, both babies start to cry, cat is terrified in the closet, neighborhood dogs going nuts. so no, I won’t ‘enjoy the show’ nor stop calling 911. what’s next, something blasts through my nursery window and lands in my 1-year-old’s crib? my house catches on fire?” Scott fumed in her posting.