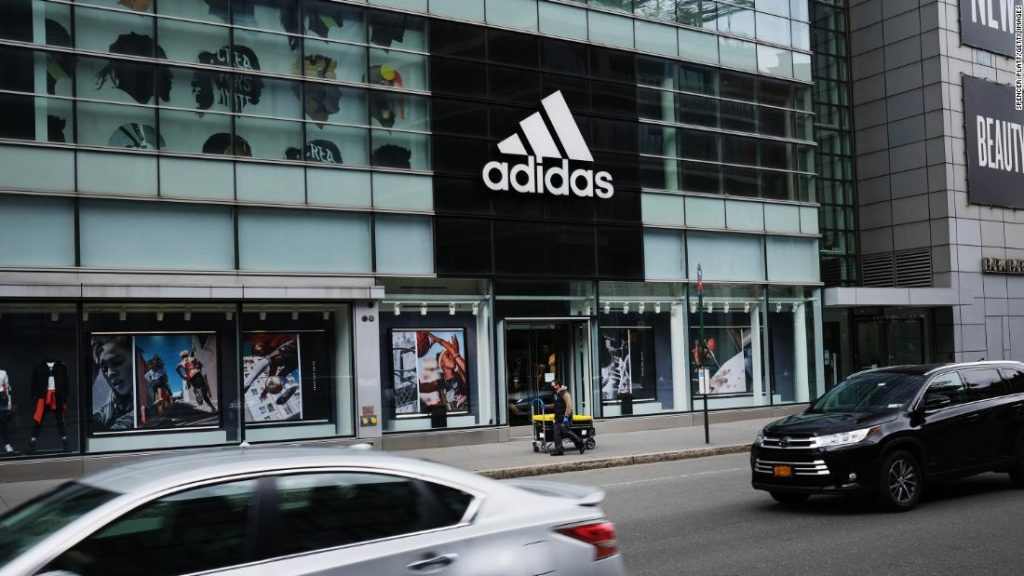 A letter sent to three Adidas executives on June 15 asks the company’s supervisory board to examine whether Adidas (ADDYY ADIDAS) HR chief Karen Parkin has appropriately responded to racial issues within the company, according to a copy obtained by CNN Business. The letter was signed by 83 employees from five of the company’s offices in Germany, the United States, Australia and Panama. The sportswear giant employs nearly 60,000 people worldwide.

The letter also calls for the creation of an anonymous platform where employees can report instances of racism and discrimination, and for protection against retaliation.

“Our employees have courageously raised their voices to people in positions of power; they have called out the fact that we are not representative of the communities we profit from and we lack the leadership, processes, and goals that will enable us to get there,” the letter reads.

The letter also asks the company’s Supervisory Board to “investigate whether we have the right approach and behavior from our (chief human resources officer) to tackle this issue within Adidas.” It adds that employees believe it is “important that our approach to tackling these issues is modeled by our highest ranks of leadership, especially in HR where its purpose is the health and performance of the organization.”

Adidas, which also owns Reebok, said in a statement that it “rejects all statements” made in the employee letter. The company said last week it has a zero tolerance policy for retaliation, and that it has established a third party investigator to ensure this policy is upheld.

“Adidas and Reebok have always been and will always be against discrimination in all forms and we stand united against racism,” the company said in a statement to CNN. “Our Black employees have led the response that we will continue to implement together and that we have committed to as a company. We are now concentrating our efforts on making progress and creating real change immediately.”

Parkin is a longtime employee who has served as head of global human resources for more than three years, according to her LinkedIn profile.

She did not respond directly to a request for comment on this story. However, Adidas said Parkin is currently working with a coalition of employees on the company’s global diversity and inclusion commitments.

“You have all seen our announcements over the past several days that outline what we are committed to do to confront the cultural and systemic forces that sustain racism,” Parkin said in a statement that was released to Adidas employees last week. “We know we must do more to create an environment in which everyone feels safe, heard and with equal opportunity to advance in your careers.”

After several days of employee protests over the company’s culture, Adidas last week announced it is taking several actions aimed at boosting the number of people of color in its North American workforce, and make its workplace more inclusive. These include a $120 million investment in black communities and a commitment to fill at least 30% of new positions in North America with black or Latinx employees. The company has also denounced racism and expressed support for the Black Lives Matter movement on social media.
Many companies have taken similar actions in recent weeks amid the moment of national reckoning over racial injustices sparked by the death of George Floyd.
“We have had to look inward to ourselves as individuals and our organization and reflect on systems that disadvantage and silence Black individuals and communities,” Adidas CEO Kasper Rorsted said in a statement last week. “While we have talked about the importance of inclusion, we must do more to create an environment in which all of our employees feel safe, heard and have equal opportunity to advance their careers.”

The company also acknowledged in last week’s announcement that its actions might be “too little, too late.”

“We’ve celebrated athletes and artists in the Black community and used their image to define ourselves culturally as a brand, but missed the message in reflecting such little representation within our walls,” the company’s statement reads.

Some Adidas employees believe the company’s actions are insufficient. They are calling on leadership to make an explicit apology for racism within the company and to be transparent about the additional steps it plans to take.

“All of the Brand’s commitments to date are symptomatic change, and fails to recognize and unearth why our employees continue to experience racism and discrimination,” the letter reads. “Public apology and acknowledgment is required as the start of anti-racism work and is the foundation for any of our ‘actions’ as a company can effectively land.”

In her statement to employees this week, Parkin said she “should have chosen a better word” during the meeting and apologized if she had offended anyone.

“As the Executive Board Member responsible for HR, it was my responsibility to make clear our definitive stance against discrimination, and this I did not,” Parkin said. “My team and I are fully committed to improve our company culture to ensure equity, diversity and opportunity. That’s a promise. That is my promise.”