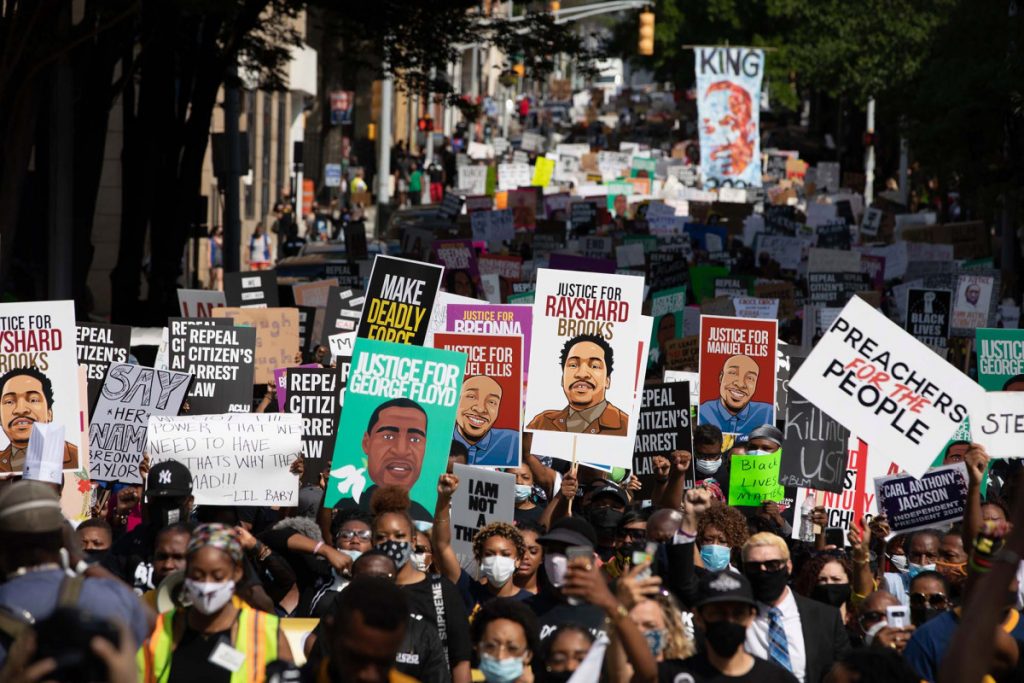 Was the tragic death of Rayshard Brooks avoidable? In the aftermath of the unjust police killing of ­George Floyd in Minneapolis, ­activists have seized on the case as more proof that police violence and racism are out of control in the United States. But the ideological stampede has trampled the details of the Brooks incident in Atlanta last week.

If you want to shoehorn Brooks’ death into the incendiary #DefundthePolice narrative, all you need to know is that officers fatally shot him as he tried to escape arrest.

But we need to do better. We need to make sense of what happened to Brooks if we are to learn from it. And as we reform law enforcement, we still need to give those tasked with the job of keeping us safe a chance at success. Both require factual probity — and nuance.

We have police bodycam footage, as well as the security camera at the Wendy’s restaurant where the incident took place.

We know that Brooks was drunk and asleep at the wheel, blocking the Wendy’s drive-thru, when police arrived. The cops got him to pull out of the drive-thru and into the parking lot ­before engaging him in a polite conversation.

During the next 40 minutes, the two policemen dithered over what to do. Brooks fell fast asleep, again, and they had to wake him up. Finally, the officers resolved that he had to be put into custody. They had cause. Brooks had obviously driven drunk to the Wendy’s — otherwise, how did he end up passed-out in the drive-thru in the first place?

READ  In Lot, it was the time of the tiger mosquitoes

When officers tried to apprehend him, Brooks resisted, took a Taser from Officer Garrett Rolfe and started to run. He turned as if to fire the Taser at Rolfe, then turned again and was shot in the back as he ran.

Should the fatal shots have been fired? Probably not. While Brooks’ possession of the stolen Taser might have led to the shooting, using deadly force to stop a fleeing suspect isn’t proper police procedure.

But some of the second-guessing of the police, especially by ­L. Chris Stewart, the Brooks family attorney, is equally mistaken.

The notion that Brooks should have been left to sleep it off in his vehicle is ridiculous. Had the police left him there, it’s possible he would have driven away while still under the influence, endangering himself and others.

That’s why even if Rolfe made a fatal mistake in shooting Brooks, one for which he should be held accountable, he was right to arrest him. The incident took place because Brooks was driving drunk, not because a pair of cops were looking to harass or kill a black man.

Surely, even those who want to abolish the police understand that it’s got to be somebody’s job to get drunken drivers off the road. Driving drunk is a felony involving a possible prison sentence — because it is a deadly threat to the public.

Perhaps, as Stewart suggests, Brooks ran because he didn’t want to die like George Floyd did. If so, it means the Black Lives Matter narrative about all cops being a threat to every African-American has become a self-fulfilling prophecy, compounding the problem the movement claims to want to solve.

The tragedy in Atlanta should also remind us that the job we are asking police to do is becoming increasingly impossible.

The overwhelming majority of police officers do their best, but not even the best of them can succeed if we are ­going to second-guess a decision to arrest someone committing a felony simply because of the perpetrator’s race.

Police need better training; we must root out racism, even if it isn’t as “systemic” as activists claim. But if we are going to argue that drunk drivers should be allowed to walk because of the possibility of a racial incident, then we might as well just abolish the police — and with it, any semblance of order.

If so, we should then be prepared to accept the resulting collapse of civil society and the ­inevitable loss of life that would follow from that kind of insane reasoning.