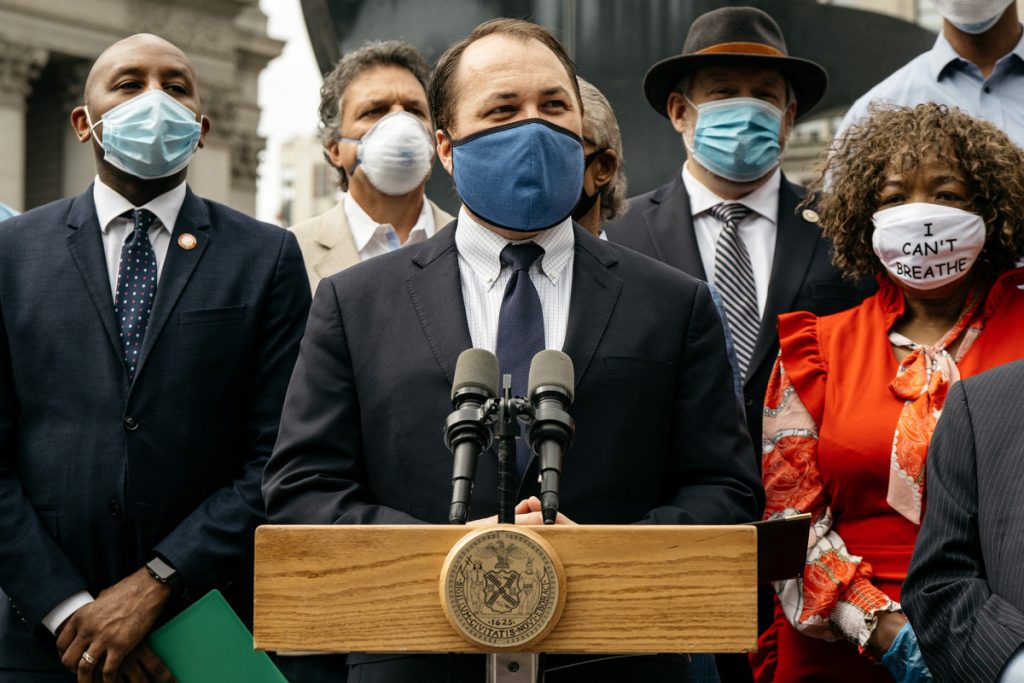 Five years ago, the City Council — including a young Corey Johnson — pushed the de Blasio administration to hire more cops and voted virtually unanimously to expand the Police Department by 1,300 officers.

That was then. Johnson, now the Council’s Speaker, said Tuesday that 2015 vote was a mistake and he backs efforts to downsize the NYPD by $1 billion, including by transferring some of its functions to other city agencies.

“I was wrong on those 1,300 officers. Even though I wasn’t speaker at the time, I was a council member, but I was wrong,” Johnson said at a forum hosted by the publication City & State. “You know, we need to re-envision what public safety looks like, what policing looks like, and the conversation has evolved very quickly.”

Other vocal NYPD critics voted for the budget, too, including Public Advocate Jumaane Williams (D-Brooklyn) and Councilman Donovan Richards (D-Queens), who chairs the public safety committee that watchdogs the police.

The 2021 mayoral hopeful first publicly said he regretted backing the expansion during a highly contentious hearing with the NYPD brass last week over City Hall’s handling of protests and looting following the police-custody killing of George Floyd in Minneapolis.

“I’ve made mistakes. I had good intentions, I thought I was doing the right thing, but being defensive isn’t helpful,” Johnson said, in his prepared opening remarks for a virtual committee meeting.