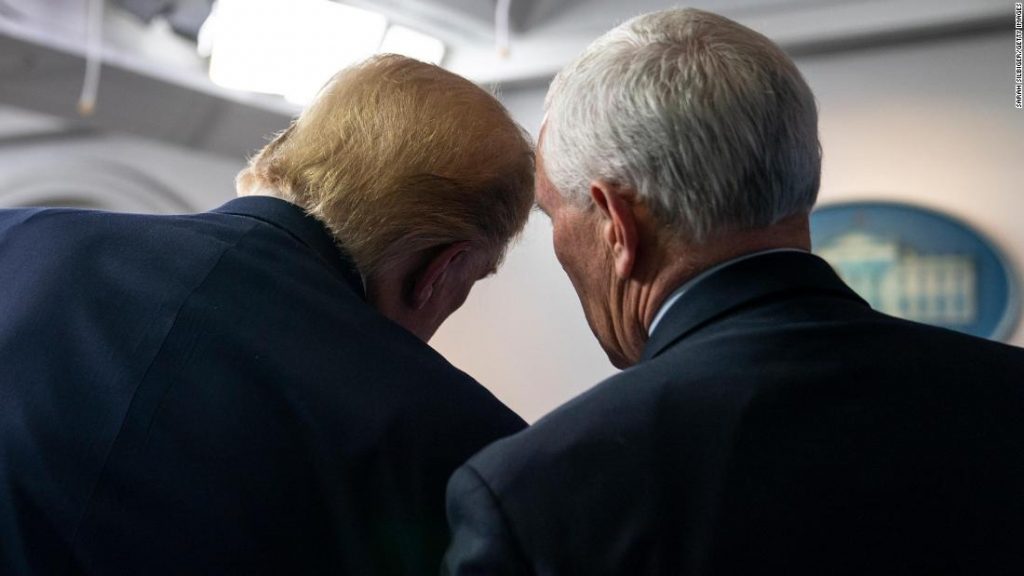 Here’s his full response (video is below if you’d rather experience it that way):

“I love your question because I saw where Joe Biden last night actually tweeted that everybody ought to have a fair shot at the American dream. And it’s one of the reasons why, as the President and I were talking, as the President spoke in Dallas last week. He’s made it clear that while we’re going to take a step today to provide new resources to law enforcement, to help them, you know, embrace higher standards on de-escalation, and the use of force and establish information sharing. I mean, you know, as I said, nobody hates bad cops more than good cops, and most of the men and women who put on the uniform of law enforcement every day are really the best of us — we know that. So we’re gonna take these steps today to help improve policing, to help to move that process forward as a country in the wake of these tragic events, and the violence that ensued, but we’re not going to stop there, Brian. I mean, Biden says everybody ought to have a fair shot at the American Dream, well we would say, ‘well, why don’t you support allowing African American families to choose where their kids go to school?’ This President has actually stood strong for school choice, we’ve doubled the Educational Choice Program here in our nation’s capital, and we really do believe that you shouldn’t be denied the ability to choose where your kids go to school just because of your zip code or because of your income. We also, as you said, under this President’s policies, we have the lowest unemployment level ever recorded for African Americans, we worked with Sen. Tim Scott to enact opportunity zones. Now there’s more than 4,000 opportunity zones that have attracted $100 billion of investment into our cities, we’re going to continue to drive forward on jobs and opportunity. I mean, we understand the media narrative around this time and the negativity around this time, but as I sat down with African American leaders in Pittsburgh, in Maryland, as the President welcomed leaders here to the White House and in Dallas, I think millions of African Americans saw the progress that we were making over the last three years, and they know as we bring this economy back in the wake of not just these tragic events and the violence that ensued, but in the wake, of course, of this coronavirus pandemic, that it’s President Donald Trump who has the prescription for more prosperity, more educational opportunity, and really, more access to the American dream than 50 years of Democrat leadership under the likes of Joe Biden has ever given them.”

Vice President Pence was asked this morning if he believes it’s harder for someone who is black to make it in this country. pic.twitter.com/w8KW6tZIlH

That answer, which ran pretty close to three full minutes, was 446 words long. And not one of those words actually answered the question. Which is pretty amazing.

What Pence was being asked was, essentially, this: Does systemic racism exist? And he had no answer.

Which is consistent with how President Donald Trump and his administration have responded to the questions raised — or re-raised — by the death of George Floyd while in the custody of the Minneapolis Police Department, and the ongoing protests around the country focused on race and policing.

“Our police have been letting us live in peace and we want to make sure we don’t have any bad actors in there and sometimes we’ll see some horrible things like we witnessed recently, but I say 99.9 — let’s go with 99% of them — great, great people and they’ve done jobs that are record setting,” Trump said earlier this month.
“I think there’s racism in the United States still but I don’t think that the law enforcement system is systemically racist,” said Attorney General Bill Barr recently. “I understand the distrust, however, of the African American community given the history in this country.”
“Painting law enforcement with a broad brush of systemic racism is really a disservice to the men and women who put on the badge, the uniform every day, risk their lives every day to protect the American people,” added acting Homeland Security Secretary Chad Wolf.

The problem with that line of thinking is, well, history. A long history of unarmed black men and women being killed in confrontations with the police, with the police often facing few (or no) consequences for their behavior. Tragically, Floyd’s death isn’t an exception. It looks more like a rule — and part of a broader structural bias built into American society, a society that was both constructed and torn apart by the enslavement of African Americans.

Of course, for Pence to acknowledge that there are structural barriers that make it more difficult for black Americans to succeed would be to directly contradict his boss. And Pence is not in the business of doing that — at least in part because he wants to be Trump’s hand-picked heir in the 2024 presidential race.

And so, when asked a simple question about race and its effect on an individual’s chances of success in America, Pence went into a largely nonsensical response in which he somehow closes on the “millions of African Americans (who) saw the progress that we were making over the last three years.”

READ  Cultivation: Hidden under the terrace to avoid penalties

Because honestly answering the question he asked isn’t politically feasible. Which, well, yeah.