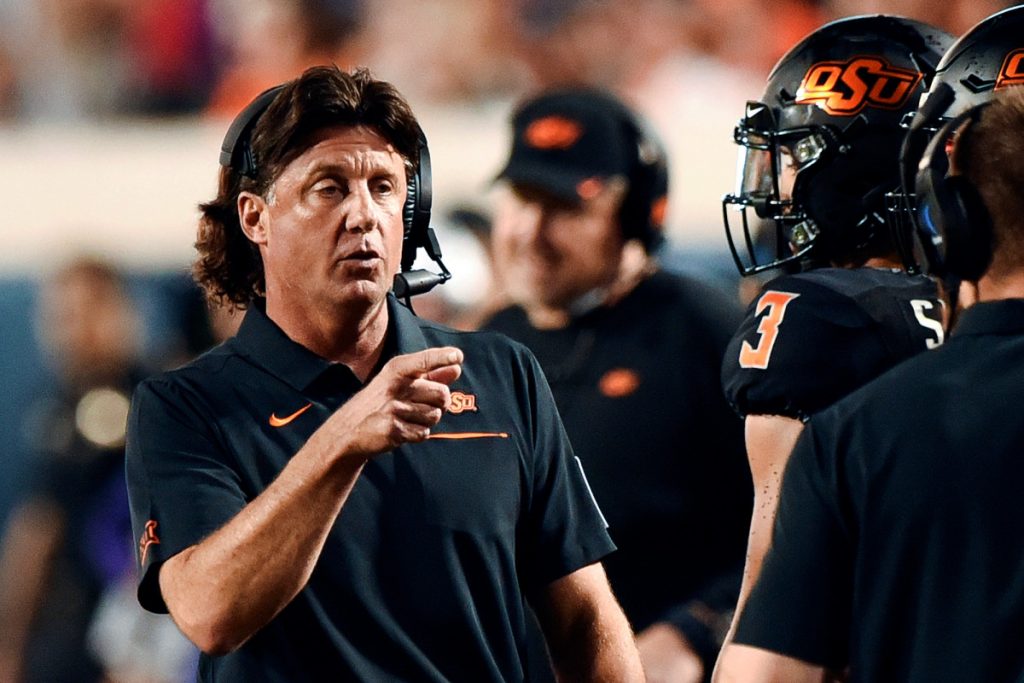 Hubbard, who is black, suggested Monday he may boycott the program after Gundy was photographed wearing a T-shirt promoting the One America News Network, a cable channel and website that has been critical of the Black Lives Matter movement and praised by President Donald Trump.

On Monday evening, Hubbard and Gundy appeared in a video together, with Gundy saying he would make changes.

Gundy, who is white, took it a step further on Tuesday.

“Our players expressed their feelings as individuals and as team members. They helped me see, through their eyes, how the T-shirt affected their hearts,” Gundy said. “Once I learned how that network felt about Black Lives Matter, I was disgusted and knew it was completely unacceptable to me. I want to apologize to all members of our team, former players and their families for the pain and discomfort that has been caused over the last two days. Black lives matter to me. Our players matter to me.”

Gundy was seen in a photograph on Twitter wearing the shirt with the letters OAN. Hubbard responded and said: “I will not stand for this. This is completely insensitive to everything going on in society, and it’s unacceptable. I will not be doing anything with Oklahoma State until things CHANGE.”

Hubbard’s tweet drew support from past and present Oklahoma State players. The school’s president and athletic director issued statements supporting black athletes, condemning insensitive behavior and voicing concern about the responses to the tweet without directly calling out Gundy.

READ  Excess $600 in unemployment a 'disincentive' to go to function

Hubbard has been more active on social media since George Floyd, an unarmed black man, died after a white Minneapolis police officer pressed his knee against Floyd’s neck for several minutes.

Gundy also apologized in April after a media session in which he called the coronavirus the “Chinese virus.”

Last season, Hubbard, who is from Canada, was a first-team All-American and the AP Big 12 Offensive Player of the Year. He ran for 2,094 yards, the second-best single-season total in school history, and finished eighth in the Heisman Trophy balloting. He was NFL draft-eligible but chose to return to school.