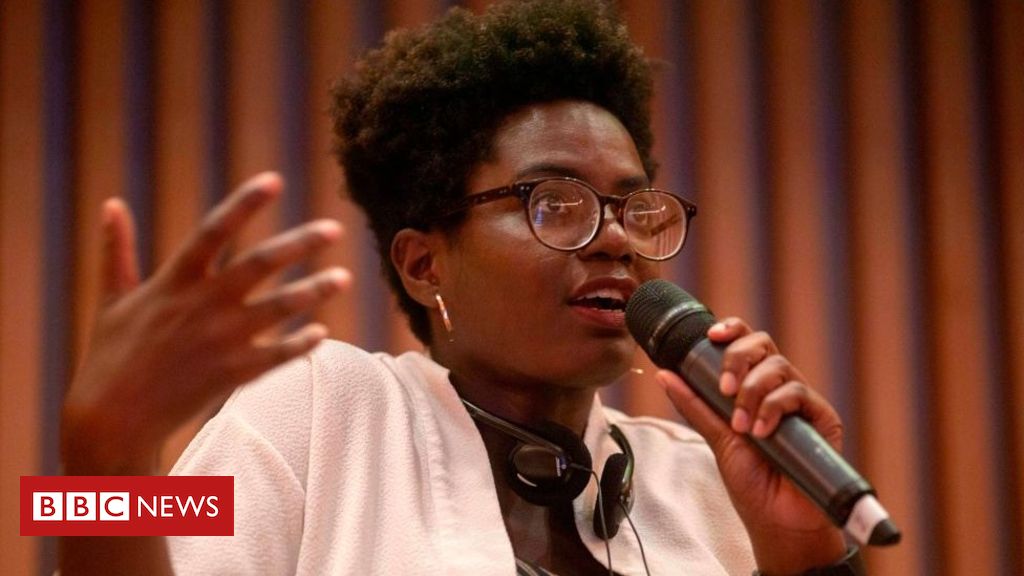 Reni Eddo-Lodge has become the first black British author to top UK’s best-seller list since the official book chart was launched in 1998.

The 2017 work has now become the best-selling title in the UK overall, according to Nielsen BookScan.

The author said it felt “absolutely wild to have broken this record”.

Fellow author Nikesh Shukla congratulated her, adding: “Bewildering it’s taken so long for this to happen but it couldn’t happen to a better writer and person.”

After she topped the paperback non-fiction chart last week, Eddo-Lodge criticised the UK publishing industry for the fact it had taken so long for a black author to achieve the feat.

She said she was “dismayed” that the achievement only came about under “tragic circumstances” – referring to the death of George Floyd.

Renewed interest in the title was sparked following protests around the death of Mr Floyd in police custody in Minneapolis.

After her book topped the non-fiction chart, Eddo-Lodge said: “The fact that it’s 2020 and I’m the first. Let’s be honest. Reader demand aside, that it took this long is a horrible indictment of the publishing industry.”

Since 1998, only one other black author, former US first lady Michelle Obama, has scored the overall best-selling book in the UK, with her 2018 memoir Becoming.

Eddo-Lodge’s book explores the links between gender, class and race in the UK and around the world.

Last month, the writer posted online that she had noticed an upsurge in sales, which she found unsettling.

“This book financially transformed my life and I really don’t like the idea of personally profiting every time a video of a black person’s death goes viral,” she wrote, urging readers to offer a donation to the Minnesota Freedom Fund.

On Monday, the newly-formed Black Writers’ Guild sent an open letter to publishers raising concerns that the companies were “raising awareness of racial inequality without significantly addressing their own”.

The letter was signed by authors including Evaristo, Zephaniah and Malorie Blackman.

Last week, fellow author Dorothy Koomson posted an open letter to the publishing industry, in which she called it an “extremely damaging” environment for black authors.

Her novel jointly won the Booker Prize last year, together with Margaret Atwood’s The Testaments.