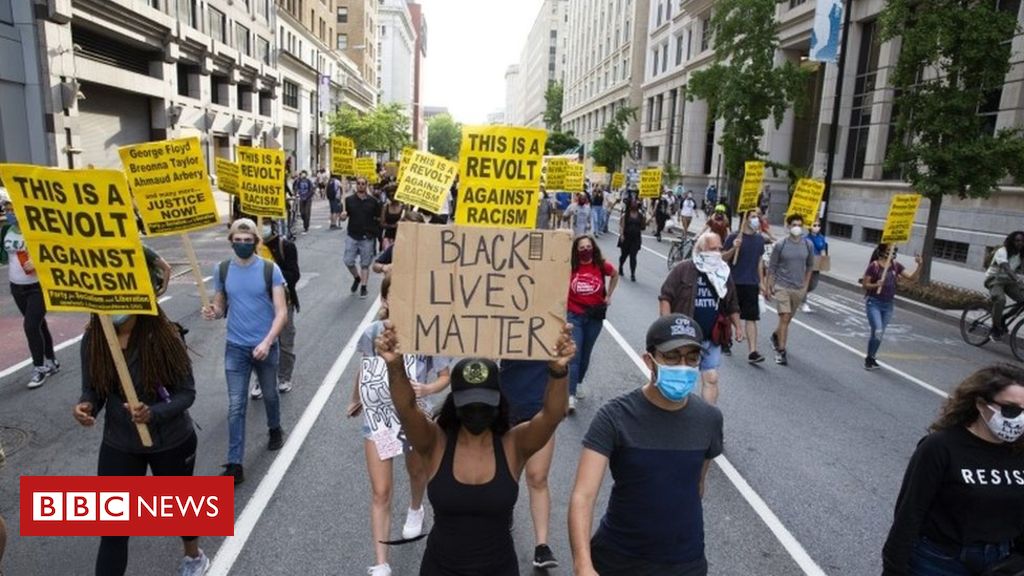 US President Donald Trump has signed an executive order introducing several police reforms while rejecting calls to defund or dismantle the police.

His order offers federal grants to improve police practices, including creating a database to trace abuses by officers.

The order comes amid anger over the killing of African Americans by police officers.

Speaking at the White house on Tuesday, Mr Trump also said he had met with a number of African American families who had lost loved ones.

“We have to find common ground,” Mr Trump said.

The latest drive for reform began after the death in police custody of George Floyd last month.

Floyd died after a white police officer in Minneapolis knelt on his neck for almost nine minutes. The killing spurred global protests led by the Black Lives Matter movement.

There was fresh outrage after the death of another black man, Rayshard Brooks, who was shot during an attempted arrest in Atlanta last Friday.

What does the Trump order include?

The Trump announcement comes as Democrats and Republicans in the US Congress are developing reforms of their own.

It would create a federal database of complaints against officers. It would also encourage the deployment of social workers alongside officers to deal with non-violent cases involving drug addiction and homelessness.

Officials stress the idea is to bring the police closer to communities and they say it would not involve the defunding of forces.

Mr Trump has described the Atlanta incident as “very disturbing”, and said his initiative was “about safety”.

Critics say the measures fall short of the deep reform that many are seeking.

What other reforms have been proposed?

In Minneapolis, some council members have announced plans to defund and dismantle the police department.

In Atlanta, following Rayshard Brooks’s death, Mayor Keisha Lance Bottoms demanded a series of changes concerning the use of lethal force by police. These include a “duty to intervene” if a police officer sees misconduct by a colleague.

San Francisco, Los Angeles, New York and Chicago are amont the cities that have said they would reform their policies on the use of force and root out racist officers.

At federal level, the Democrats have introduced their own legislation into the House of Representatives.

It calls for a ban on the chokeholds method of restraining suspects and on no-knock warrants – which allow police to enter a property without notifying residents.