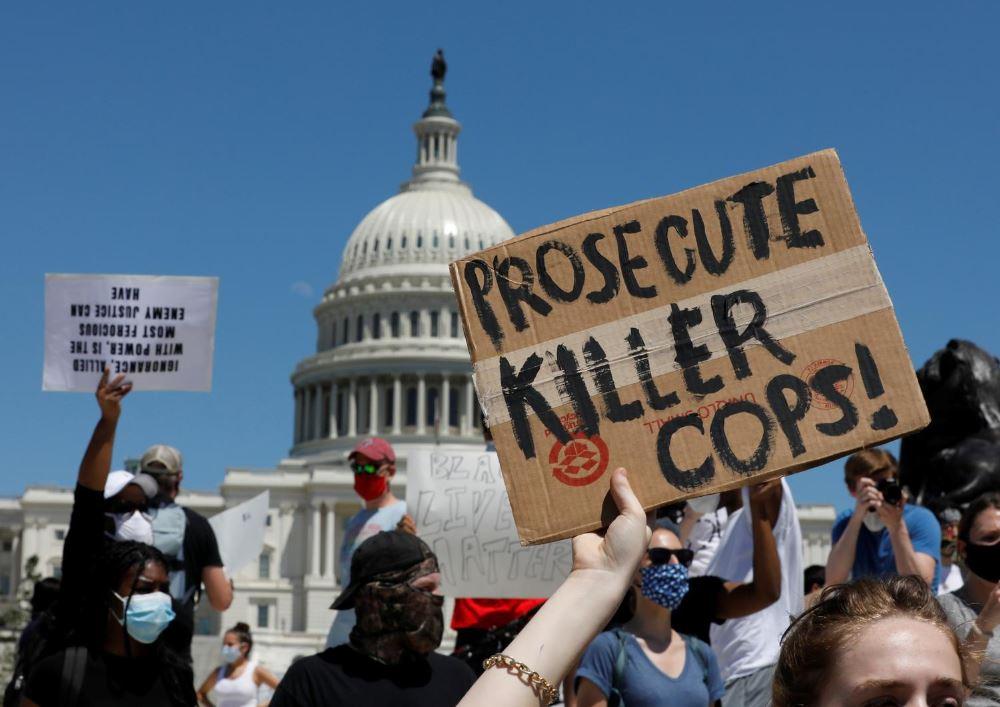 A fired Atlanta police officer has been charged with felony murder and another officer faces lesser charges in the shooting death last week of Rayshard Brooks in the parking lot of a fast-food restaurant, a Georgia county prosecutor said on Wednesday.

The death of Brooks – another in a long line of African Americans killed by police – further heightened racial concerns in the United States at a time of national soul-searching over racism and police brutality.

Brooks, a 27-year-old father of three, “never presented himself as a threat,” “never displayed any aggressive behavior” and “did not pose an immediate threat of death or serious physical injury” to the two white officers during the incident last Friday, Fulton County District Attorney Paul Howard told a news conference.

Garrett Rolfe, the officer who shot Brooks and was fired the next day after surveillance video showed his actions, faces 11 charges including felony murder, assault with a deadly weapon and violating his oath of office, Howard said.

Rolfe faces the possibility of life in prison or the death penalty if convicted, Howard added. Felony murder is a charge that can be brought when a person kills someone in the course of committing another felony.

Devin Brosnan, the officer on the scene, was charged with aggravated assault and violations of his oath of office, Howard added. Brosnan, who has been placed on administrative duty, will cooperate with prosecutors, Howard said. Brooks’ family welcomed the charges. His widow, Tomika Miller, told reporters: “I am really hurt, and all I can think about is what if my husband was still here.”

Vince Champion, southeast regional director for the International Brotherhood of Police Officers, said he believed Howard made a rush to judgment in the case, noting that the Georgia Bureau of Investigation had not completed its probe.

Champion, whose organization is providing attorneys for both defendants, said he had been unaware that Brosnan had turned state witness. He declined to provide the names of the attorneys because of multiple death threats made to his staff.

Howard said Brooks was running from the officers and was more than 18 feet (5.5 m) away when Rolfe shot him twice in the back with a 9mm Glock pistol, with one of the rounds penetrating his heart,

“I got him,” Rolfe said after the shooting, Howard said, drawing on eight videos of the incident including police body and dashboard cameras, nearby surveillance cameras and witness cellphone video.

After shooting him, Rolfe kicked Brooks twice when he was lying on the ground wounded and Brosnan admitted to standing on the man’s shoulders as Brooks was fighting for his life, Howard said. The officers did not immediately render medical aid, Howard added. The prosecutor recommended that a judge hold Rolfe without bond.

The killing of Brooks came amid protests in U.S. cities prompted by the May 25 death of George Floyd, an African-American man, after a white Minneapolis police officer knelt on his neck for nearly nine minutes while detaining him. That officer, Derek Chauvin, was charged with second-degree murder. Three other Minneapolis police officers were charged with aiding and abetting.

Previously released video of the Brooks incident, which escalated from a call about a man who appeared intoxicated in his car at a Wendy’s restaurant drive-though lane into a fatal shooting, appeared to show him taking one of the officer’s Taser devices and turning and pointing it at Rolfe before being shot.

Brooks was reported asleep in a car in the Wendy’s drive-through lane, blocking traffic. A restaurant employee called the 911 emergency telephone line, complaining about a man who would not move the vehicle and appeared intoxicated. The killing sparked protests in Atlanta. The Wendy’s restaurant was burned down in the unrest.