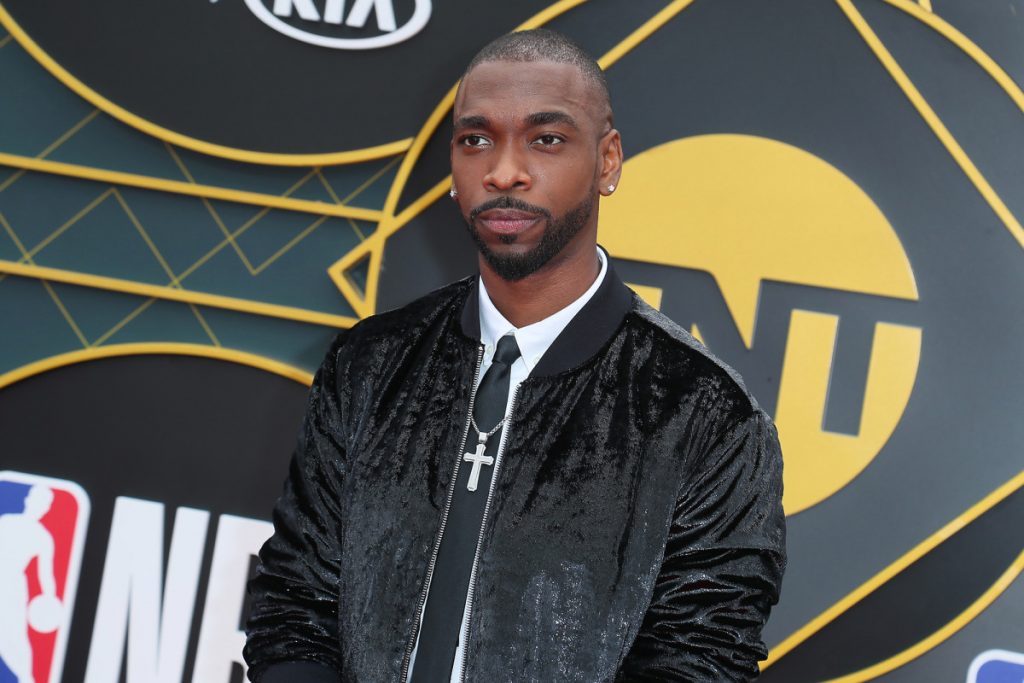 Former “Saturday Night Live” cast member Jay Pharoah, who revealed last week that he’d been stopped by LAPD officers while jogging recently and that one cop placed a knee on Pharoah’s neck, said on “CBS This Morning” Wednesday that black people in America are made to “feel like we’re guilty until proven innocent.”

Pharoah, 32, described an emotional phone conversation he had with his mother after the police incident in April.

“I called my mom and told her what happened,” Pharoah told co-host Gayle King. “My dad was on the phone too. My mom started crying … it is a terrible feeling that the aftermath of a terrible situation can cause that much impact on people around you.”

Pharoah posted a video message on his Instagram account last week that included security footage of the encounter in which four officers, guns out, order the actor to drop to the ground. Saying he fit the description of a suspect — black man in gray sweat pants and shirt — the officers handcuff Pharoah, with one officer putting his knee on the back of Pharoah’s neck, the technique that recently caused the death of George Floyd.

The former “SNL” star first told the story on TV in an appearance Monday on CBS’ “The Talk.”

On “CBS This Morning,” Pharoah said the police stop made him feel “disgusting.”

“They’re telling me to lay on the ground,” he told King, 65. “It was a bad situation, I just felt disgusting. People are driving past looking at me like I’m an animal, a criminal, I did something. But I’m an innocent bystander.”

“We should never have to feel like our lives are in danger when we’re doing regular human activities,” he said. “I don’t want to have to fear for my life when I’m going to Whole Foods, getting some chips and guac and picking up a kombucha. I don’t want to feel like my life is going to be sacrificed when I got to go to the gas station and I’m pumping some gas, standing out there and a cop comes rolling past and I don’t know what he’s going to do. I should not feel this way when I’m trying to do regular human activity.”

He added, “That’s the thing, Gayle. Black people in America in general. Why do we have to feel like we’re guilty until proven innocent?”

The LAPD is investigating the incident.