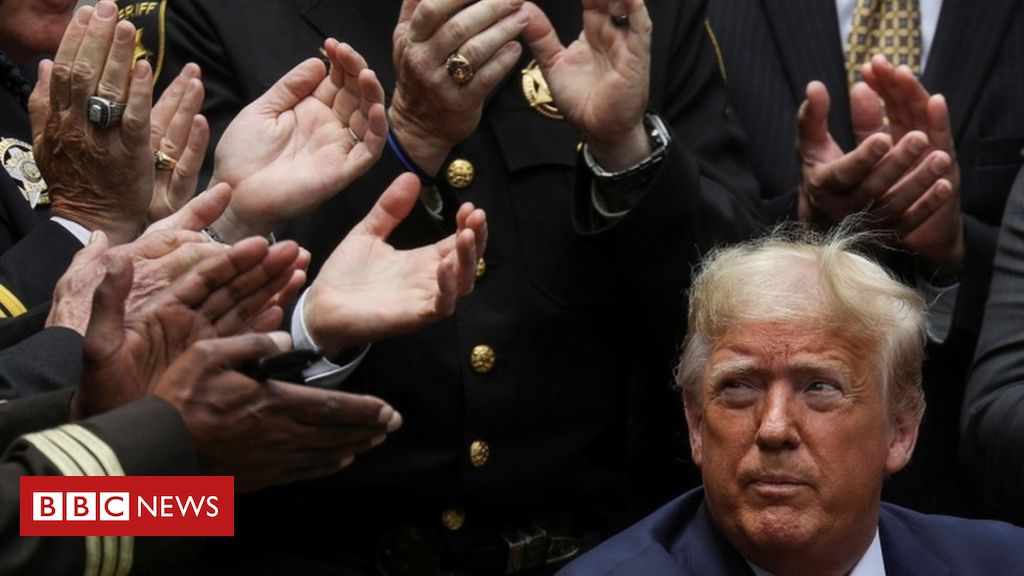 Republican senators have unveiled their plans to improve policing following the death of George Floyd. How does it compare with those put forward by the White House and Democrats? And which will succeed?

In advance of national guidance from Washington, police departments across the country have begun taking reforms on themselves.

Police departments in major US cities like Denver, Chicago and Phoenix have all banned chokeholds in the wake of Mr Floyd’s death.

And the New York police commissioner announced this week that the anti-crime unit – a team of roughly 600 plain clothes officers – would be disbanded.

But these patchwork efforts would be bolstered by federal legislation, which could make police reforms mandatory nationwide.

After weeks of mass protest against police use of force and institutional racism across the US, the machinery of the federal government is grinding into action. Democrats in the House of Representatives have approved sweeping reforms. Donald Trump signed an executive order that will encourage police departments to set new guidelines for training and procedures.

Now Senate Republicans have their own proposal, which provides legislative backing for many of the president’s moves.

That both parties have been able to move reasonably quickly during an election year, when legislative accomplishments are traditionally few, underscores a national consensus about the urgency of the moment. Even so, the chances for co-operation on the issue are still far from certain.

Democrats may decide a modest compromise on what they see as Republican half-measures would give their opponents a victory – and decrease the likelihood of more substantive reforms after November’s elections.

Republicans may conclude broader Democratic reforms would hinder police departments and put officers at risk, while preventing the party from using “law and order” as a campaign issue against Democrats in the autumn.

Even with pressure for action mounting, both sides may end up deciding it’s better to take the issue to the voters in November.