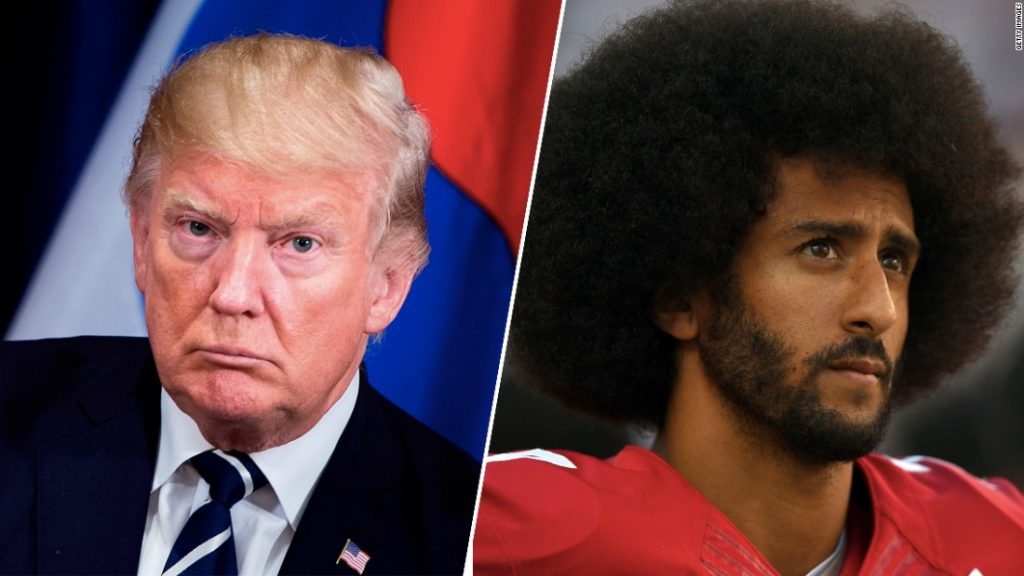 “The answer is absolutely I would, as far as kneeling, I would love to see him get another shot but obviously he has to be able to play well,” he continued. “If he can’t play well, I think that would be very unfair.”

His comments come after NFL commissioner Roger Goodell told ESPN Monday that he would support and encourage a team interested in signing Kaepernick.

“Well, listen, if he wants to resume his career in the NFL, then obviously it’s going to take a team to make that decision,” Goodell said. “But I welcome that, support a club making that decision and encourage them to do that.”

The discussions come as the nation has been gripped by protests and conversations about police brutality and racism in the wake of the deaths of George Floyd in Minneapolis, Breonna Taylor in Louisville and Rayshard Brooks in Atlanta, at the hands of police.

Kaepernick hasn’t played in the league since the 2016 season — the same season he first sat during the playing of the National Anthem. The protest evolved into kneeling after onetime Seattle Seahawk and Green Beret Nate Boyer convinced Kaepernick it would be more respectful to the nation’s military, the quarterback has said.

He later accused NFL team owners of colluding to keep him from being signed. The NFL denied any collusion but in 2019, they reached a settlement with Kaepernick and former teammate Eric Reid, who knelt with him.

Trump’s comments Wednesday also come after Housing and Urban Development Secretary Dr. Ben Carson said earlier this week that he is urging the President to reconsider his position on keeling.

“Well, I don’t think he has manifested as much animosity in that region lately,” Carson, the only black member of the President’s Cabinet, said during an interview with conservative radio host Hugh Hewitt. “And I think we just continue to work him. He’ll get there.”
READ  Weston McKennie: Donald Trump not 'the right President' to handle current situation in the US

CNN’s Amir Vera and Jill Martin contributed to this report.