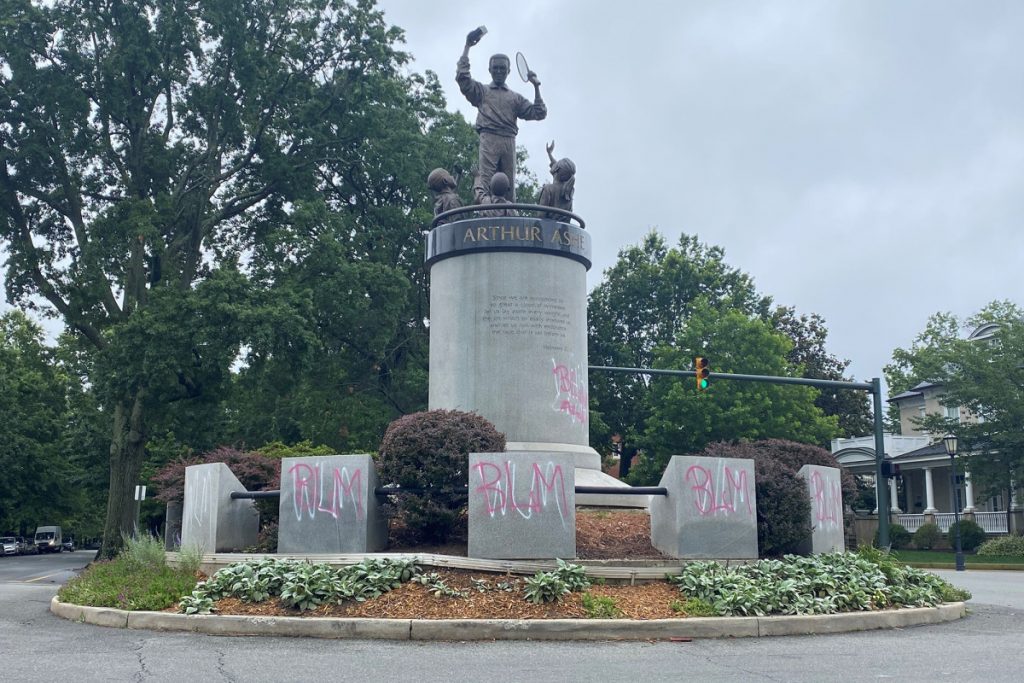 Photos showed the base of the monument in Richmond tagged with the words, and the initials “WLM,” in white spray-paint.

The initials were then painted over with “BLM” — for “Black Lives Matter” — in red.

Richmond Police said somebody reported the vandalism at around 10:15 a.m., and that community members were already cleaning off red paint splattered on the statue itself.

The Arthur Ashe monument was dedicated in 1996 to honor the Richmond native, who in 1963 became the first black player ever selected for the United States Davis Cup team.

He was also the only black man ever to win the singles title at Wimbledon, the US Open and the Australian Open. The namesake of the USTA stadium in Flushing, Queens, Ashe died of AIDS-related pneumonia at 49 in 1993.

His statue is one of six on Monument Avenue in Richmond, with the other five commemorating Virginian Confederate veterans of the Civil War, including Robert E. Lee, Thomas “Stonewall” Jackson, Jefferson Davis, J.E.B. Stuart and Matthew Fontaine Maury.

The monument’s vandalism comes as several Confederate statues have been toppled, tagged or slated for removal in the city, amid protests sparked by the death of George Floyd at the hands of Minneapolis cops.

The Davis statue was toppled by demonstrators last week, and Virginia Gov. Ralph Northam has ordered the Lee statue be removed.