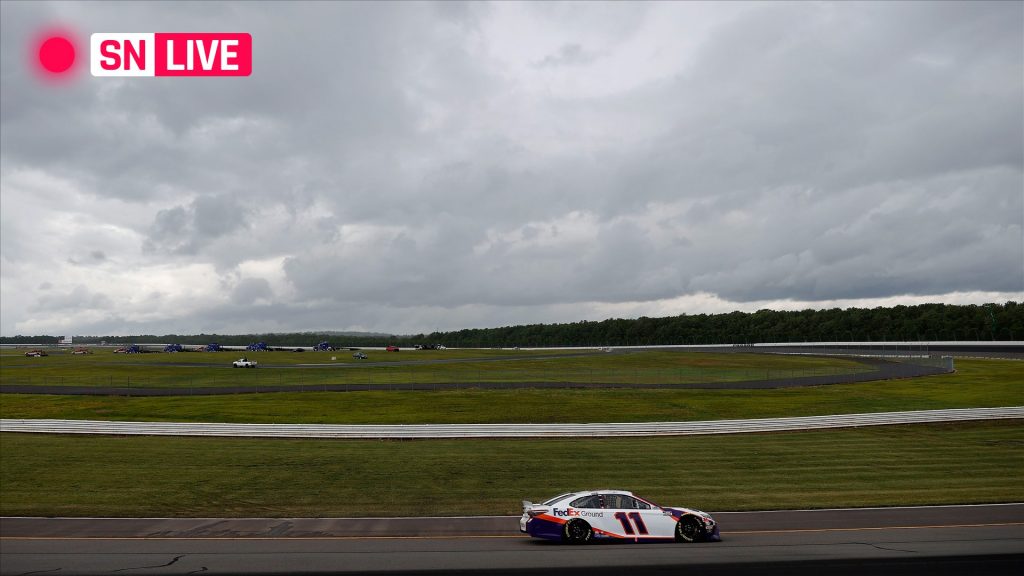 NASCAR finds itself in an unfamiliar position entering the Pocono 350 on Sunday.

A sport that for most of its history had held out as a symbol of good old boy Southernism in an increasingly progressive climate has in recent months taken a strong stand against racism. A recent FBI-investigated incident involving a noose in the garage stall of Black driver Bubba Wallace, and the unified response to it from NASCAR, made national news. So too did NASCAR’s ban of the Confederate flag at all events.

The rise of the NASCAR Cup Series profile will serve as a much-discussed backdrop to the midseason race at Pocono Raceway.

Sporting News is tracking live race updates and lap-by-lap highlights from Sunday’s NASCAR race at Pocono. Follow below for complete results from the Pocono 350.

4 p.m.: TV coverage ahead of the race starts now. The race itself should be here soon.

About 5 minutes until pre-race ceremonies scheduled to start.

3:41 p.m.: Hopefully there won’t be any interruptions this afternoon. We’re about 20 minutes away from the start of intro proceedings.

The green flag for Sunday’s NASCAR Cup Series race at Pocono will wave shortly after 4 p.m. ET, about 30 minutes later than the start time for Saturday’s first leg of the doubleheader.

While the dates for both Pocono races in the Saturday-Sunday doubleheader remain unchanged from NASCAR’s original 2020 schedule despite the coronavirus shake-up, the start times are a little later. The pair of races originally were scheduled to start at 3 p.m. ET and 3:30 p.m. ET, respectively, rather than 3:30 p.m. ET and 4 p.m. ET.

Those later start times are notable, because Pocono Raceway does not have lights in the event Sunday’s race is delayed by weather.

Below is the starting lineup for Sunday’s race at Pocono based on Saturday’s results: