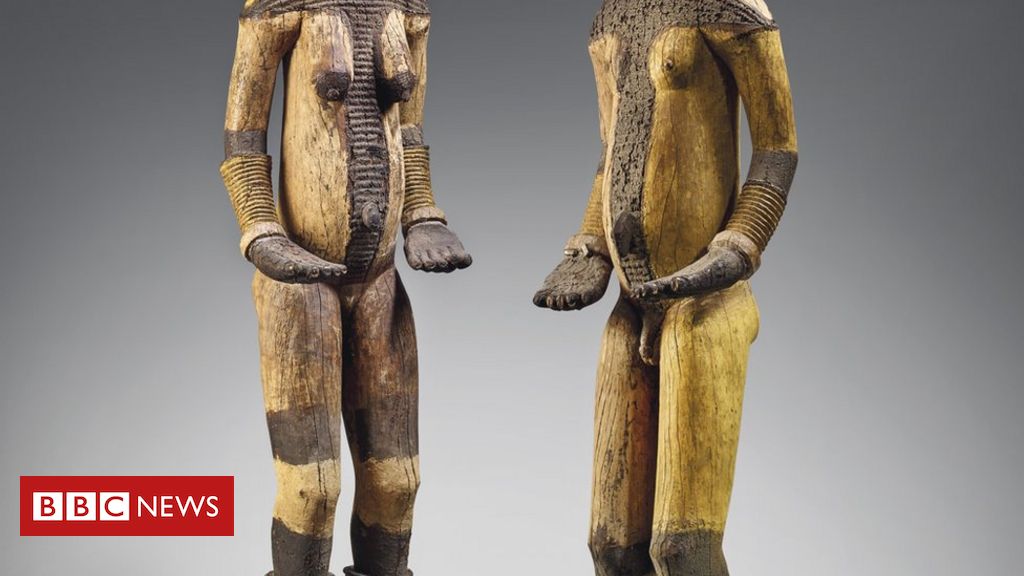 A prominent art historian has named on the renowned auction household, Christie’s, to cancel the sale of two Nigerian sculptures to be place up for auction soon.

Prof Chika Okeke-Agulu told the BBC the two objects were being “looted” from shrines in south-eastern Nigeria all through the civil war in the late 1960s.

Christie’s rejects this, declaring the sale is flawlessly legal.

The wooden objects about 1.5 metres large, 1 male and just one woman, stand for deities from the Igbo neighborhood, their hands face upwards ready to acquire sacrifices and gifts.

Prof Chika Okeke-Agulu from Princeton University states the objects were looted from communal shrines in his indigenous Anambra condition, with the assist of neighborhood conspirators.

He explained they could not have been obtained lawfully mainly because they ended up taken off through the Biafra civil war, when the Igbo neighborhood attempted to secede from Nigeria.

The historian believes the reduction of these sculptures has intended that a crucial component of Igbo cultural identification has been shed for foreseeable future generations.

What does Christie’s say?

Christie’s has defended the auction expected to get position at 13:00 GMT.

In a statement, it said that at no phase “has there been any suggestion that these statues were being subject to incorrect export”.

According to the auction household, the sculptures ended up acquired by Jacques Kerchache, a French art collector and a near adviser to previous French President Jacques Chirac.

“There is no evidence these statues had been eradicated from their authentic location by anyone who was not area to the place,” Christie’s explained.

It also explained that there was no evidence the products ended up taken from an region that was element of the conflict at the time.

Calls for the repatriation of African artefacts have grown in new many years, with the #BlackLivesMatter protests reigniting these calls for.

An on the net petition with around 2,000 signatories calls for the sale to be cancelled.