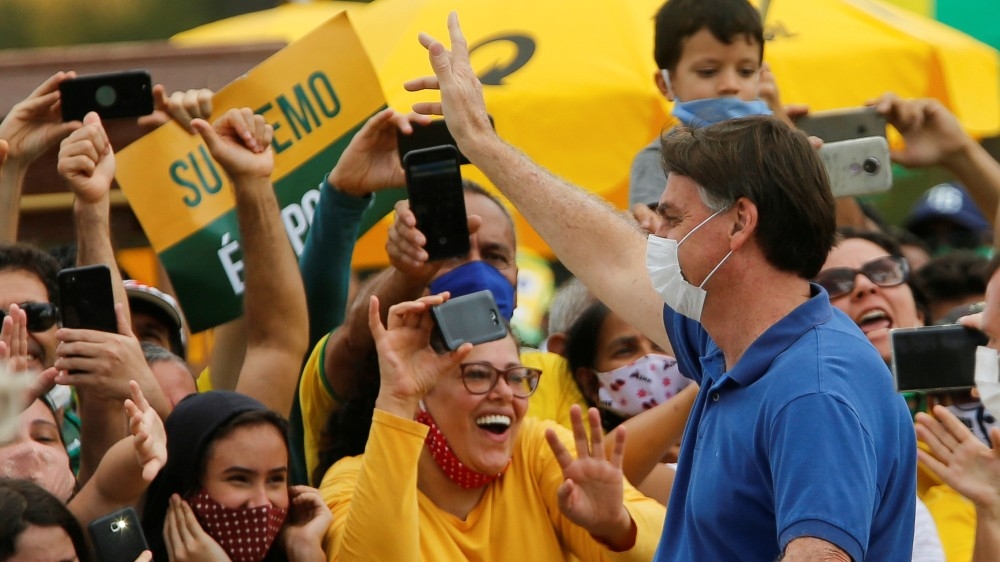 India’s death toll has surpassed 20,000 as the country moves ahead with plans to relax its nationwide lockdown.

New cases and deaths are both rising at their fastest pace in three months, according to Reuters.

Beijing has reported no new cases of coronavirus for the first time since an outbreak emerged at the Chinese capital’s main wholesale market last month.

City authorities say they have tested more than 11 million people for COVID-19 since June 11.

The state of Victoria is considering the introduction of a four week lockdown after recording its biggest-ever one day surge in cases, according to the Australian newspaper.

The paper said the state recorded 191 new cases on Tuesday. State Premier Daniel Andrews is due to speak to the media soon.

Victoria’s border with neighbouring New South Wales is due to close at midnight local time on Tuesday. It’s the first time that’s happened in 100 years.

China’s Sinovac Biotech is starting Phase III trials of its potential coronavirus vaccine in Brazil, after securing fast-track approvals from the country’s regulator.

Japan’s national broadcaster NHK has reported that five members of the Sumo Association have been confirmed to have coronavirus antibodies.

It did not say whether they were wrestlers or had other roles in the association.

28-year-old wrestler Shobushi died from the diseas in May, the first death in sumo.

The Indonesian resort island of Bali is planning to reopens to tourism with domestic visitors returning by the end of this month and visitors from overseas on September 11.

More than 10 million students from around China have started sitting the highly competitive gaokao or university entrance exam that was delayed by the coronavirus outbreak.

Born around the time of the SARS epidemic in 2003, more than 10 million high school graduates are taking the national college entrance exam, known as #gaokao. This year’s gaokao comes one month later than usual due to the #COVID_19. pic.twitter.com/FcheqHjZcG

Candidates in #Wuhan enter examination site for this year’s college entrance examination, or gaokao, after measuring body temperature on Tue. This year’s gaokao, which is being held in most parts of China from July 7 to 8, is the largest public event since the #COVID19 pandemic. pic.twitter.com/dYc5rff0zf

A top health official in Mexico says the outbreak there could last until next April.

“Flu season begins in October and there are some reasonable assumptions that we could also have a spike in COVID-19 along with the flu throughout the fall-to-winter season,” he said.

Mexico has recorded 31,119 deaths from the disease, the fifth highest in the world.

New Zealand citizens who want to return home may have to wait longer than anticipated after the government moved to limit arrivals from overseas to ease pressure on mandatory quarantine facilities.

Officials said they had reached an agreement with Air New Zealand to put a hold on inbound bookings for the next three weeks and were talking to other airlines.

“The last thing we need are hastily set up facilities to meet demand, so we must have a manageable number of fit-for-purpose, safe facilities that do the job of stopping COVID-19 at the border,” Housing Minister Megan Woods said in a statement.

There are currently nearly 6,000 people in quarantine at 28 facilities.

Brazilian President Jair Bolsonaro has had another coronavirus test, after reporting symptoms associated with the respiratory disease, including a fever.

Bolsonaro told supporters outside the presidential palace that he had just been tested for the virus, and that a medical examination had shown his lungs were “clean”. The results are due on Tuesday.

The right-wing populist has repeatedly played down the impact of the virus, even though Brazil now has the second-highest number of cases, and deaths, in the world. 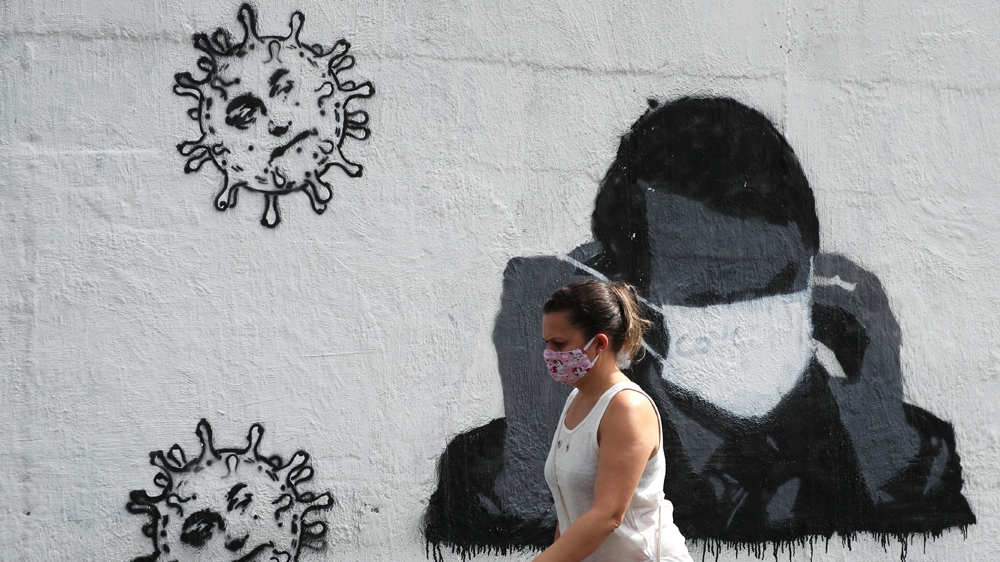 A woman walks pass graffiti in Rio de Janeiro showing Brazil’s president Jair Bolsonaro. He is awaiting the result of a second coronavirus test after coming down with a fever [Sergio Moraes/Reuters]