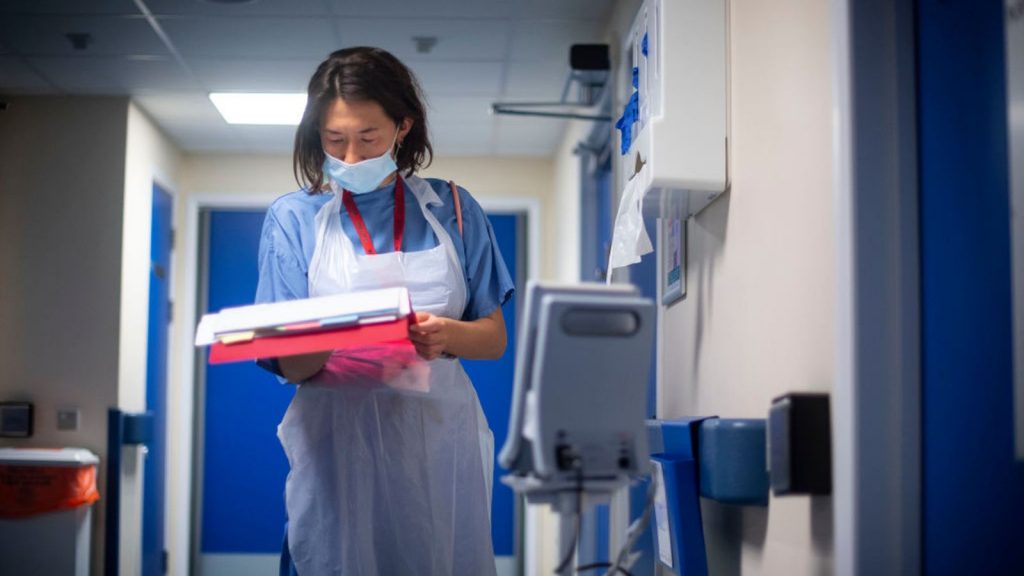 Doctors, teachers, police officers and other public sector employees are to receive bumper, inflation-busting pay rises as a reward for their efforts during the coronavirus crisis.

With inflation currently just 0.6%, the biggest increase, 3.1%, goes to teachers, followed by doctors and dentists, who will receive 2.8%, the Chancellor Rishi Sunak has announced.

Police, prison officers and staff at the National Crime Agency – unofficially known as “Britain’s FBI” – will see their pay rise by 2.5% and judges, top civil servants and military top brass by 2.0%.

The Treasury says the pay awards reflect the enormous effort made by public sector staff in responding to the unprecedented challenges during the COVID-19 outbreak.

Mr Sunak said: “These past months have underlined what we always knew – that our public sector workers make a vital contribution to our country and that we can rely on them when we need them.

“It’s right therefore that we follow the recommendations of the independent pay bodies with this set of real-terms pay rises.”

The Treasury says Mr Sunak has agreed to meet the recommendations of the independent pay review bodies in full.

Under George Osborne, public sector pay rises were capped at 1% for four years.

Although, nurses – currently on a three-year pay deal – are not covered by the latest rises, the government says that many of them will receive an average pay increase of 4.4% this year.

The Treasury says nearly 900,000 workers will benefit and the pay rises for teachers and doctors are to recognise their efforts on the frontline during the battle against COVID-19.

The 3.1% rise for teachers, however, could be seen as a sweetener to persuade them to return to school in September and resume full-time lessons after a four-month shutdown.

Responding for Labour, Shadow Chancellor Anneliese Dodds said: “The Conservatives froze public sector pay for seven long years, and the rises they introduced after that failed to plug the gap.

“A pay rise for our police, nurses and teachers now is good news, but for many frontline workers it still won’t make up for a decade of real terms pay cuts.

“And many other public sector workers – including those working on the front line in social care – won’t get a pay rise out of this at all because the Tories haven’t made good on their promises to boost local authority funding.

“That’s not fair – and it’s no way to reward those who’ve been at the forefront of fighting this pandemic.”

Commenting on the announcement, the TUC General Secretary Frances O’Grady said: “These rises are welcome, but there’s still a long way to go to restore pay after a decade of real terms cuts.

“Many public sector workers – like job centre staff and local government workers – aren’t getting these rises. They deserve a decent pay settlement too.

“And the government should urgently announce a pay rise for social care workers, who put their lives on the line to care for others during this pandemic.”

The rises for police come after 6,435 new officers were recruited between November 2019 and March 2020, of which 3,005 joined specifically as part of Boris Johnson’s election pledge to recruit another 20,000.

The Treasury also says 16,340 new recruits have joined the armed forces between April last year and March this year, an increase of 30.9% compared with the previous 12-month period.

In the NHS, the government says a million employees are on a three-year Agenda for Change pay deal, under which the starting pay for a newly qualified nurse has increased by over 12% since 2017/18.

The Treasury claims this means nurses still moving up their pay structures will receive an average 4.4% rise this year and there are 12,220 more nurses and health visitors working for the NHS compared to last year.

The chancellor says each of the new awards has been recommended by independent pay review bodies and this year the government accepted the headline recommended rise for each workforce.

The pay awards for the armed forces, prison officers, senior civil servants and NHS staff will be backdated to April this year.

The rise for police and teachers will take effect in September.

The pay rises in full: