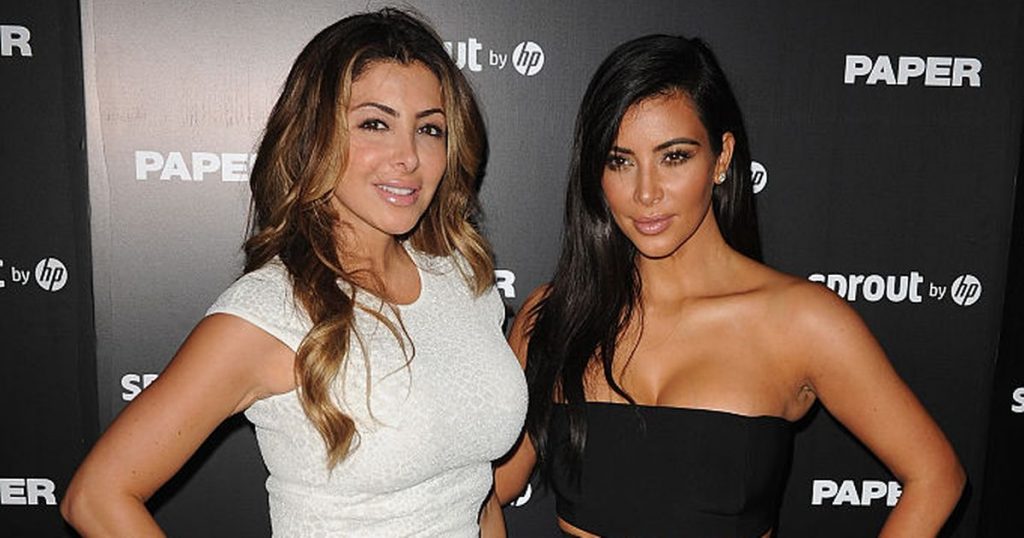 Larsa Pippen has been unfollowed on Instagram by members of the Kardashian family after she was called out by Kanye West during a Twitter outburst.

The 46-year-old wife of NBA legend Scottie Pippen is supposedly one of Kim Kardashian’s closest friends but she has now been distanced by Kim and her sisters.

Larsa seemingly addressed Kanye’s goading on social media but she has since been unfollowed by Khloe and Kourtney Kardashian and Kim reportedly didn’t follow her in the first place.

The mother-of-four hit back by unfollowing the Keeping Up With The Kardashians stars as she became embroiled in the fallout from Kanye lashing out his family on Twitter.

A source told DailyMail.com that Kim “has never followed Larsa” on Instagram before adding: Kim doesn’t follow all of her friends.”

During Kanye’s tweetstorm, he referred to Larsa along with a thinking face emoji, and the unexplained question: “Should I name more?”.

Larsa decided to address the social media drama with tweets of her own, in which she said that she would be focusing on her family and wished others would find their own happiness.

She wrote: “I Woke up this morning blessed and see that everybody is focused on who I am following and who I am not following on social media. I am focused on my children, my new fitness brand Larsapippenfitness, and my relationships in real life.”

She added: “Praying that everybody finds peace in their own lives and focus on what brings THEM happiness.”

In Kanye’s outburst he revealed that he has been seeking a divorce from Kim since November 2018, when she met with Meek Mill to talk about criminal justice reform.

Kim, 39, finally broke her silence on Kanye’s outpourings on Wednesday, in which she urged for “compassion” towards Kanye and addressed his bipolar diagnosis.

In a lengthy statement on Instagram, she wrote: “As many of you know, Kanye has bi-polar disorder.

“Anyone who has this or has a loved one in their life who does, knows how incredibly complicated and painful it is to understand.

“I’ve never spoken publicly about how this has affected us at home because I am very protective of our children and Kanye’s right to privacy when it comes to his health.

“But today, I feel like I should comment on it because of the stigma and misconceptions about mental health.”

Kim continued: “Those that understand mental illness or even compulsive behavior know that the family is powerless unless the member is a minor.

“People who are unaware or far removed from this experience can be judgmental and not understand that the individual themselves have to engage in the process of getting help no matter how hard family and friends try.”

Kim labelled her husband a “brilliant but complicated person” and went on to explain that “those who are close with Kanye know his heart and understand his words sometimes do not align with his intentions.”

Kanye had signed off his Twitter rant with: “the future president.”