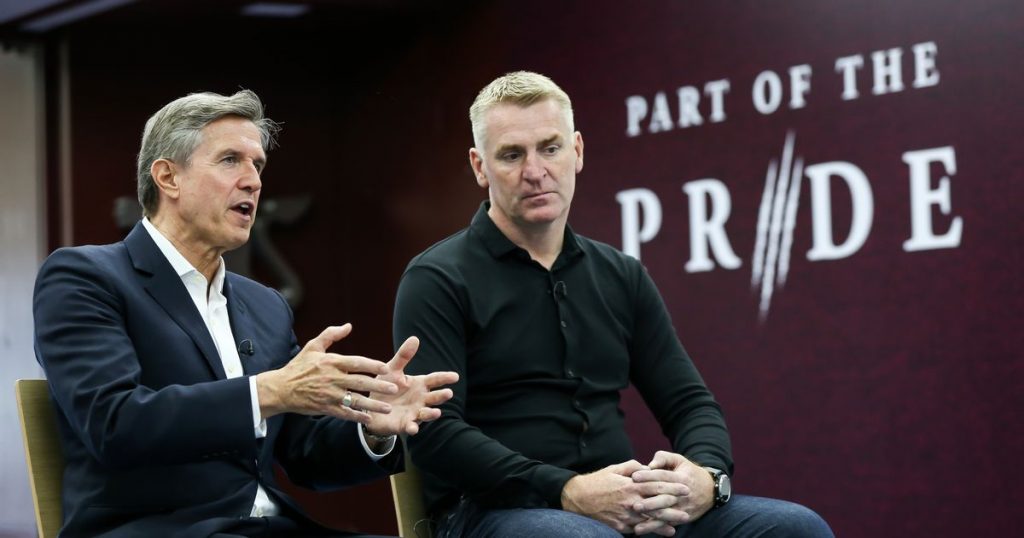 Aston Villa have reportedly set aside ‘significant funds’ to complete a move for a proven goalscorer this summer.

Villa secured their Premier League status on the final day and head coach Dean Smith, along with chief executive Christian Purslow, are now planning a rebuild in the transfer market.

They will do so without sporting director Jesus Garcia Pitarch after he left the club earlier this week.

A key area Villa need to improve in is attack with record signing Wesley Moraes and January addition Mbwana Samatta failing to hit the heights.

Before he suffered a season-ending injury in January Wesley had managed five goals in 21 Premier League starts.

Samatta, who also joined from the Belgian league, scored just once in 14 league outings from February onwards.

According to Sky Sports, a ‘significant’ portion of Villa’s summer transfer kitty will be used to acquire a new striker ahead of next season.

The report states: “Significant funds are available for a centre-forward and possibly for a winger as well.

“Much depends on the future of Jack Grealish, but Villa are also in the market for a defensive centre-midfielder, a right-back and a back-up left-back.

“And if Tyrone Mings leaves, a replacement left-sided centre-back will be sought.”

Borussia Dortmund have identified Milot Rashica as a transfer target, according to reports.

Rashica, 24, has been linked with Aston Villa for several months having impressed for Werder Bremen this season.

According to Sky Sports, Villa, Wolves, West Ham and Brighton have all been keeping tabs on the 24-year-old, who scored eight goals and added seven assists in 30 Bundesliga appearances this term.

Werder narrowly avoided relegation from the German top-flight by winning the end of season play-off and Rashica is almost certain to leave the club.

Sporting director Frank Baumann confirmed earlier in July that discussions over his exit are underway.

“There is movement and discussions with a club, but other clubs are also interested in him. We have to assume that he won’t be with us next season. But we don’t need to sell below value,” said Baumann.

Villa are intent on backing Dean Smith in the transfer window as they look for a replacement for Jesus Garcia Pitarch, who left his role as sporting director this week.

But Rashica is attracting plenty of interest, with the Telegraph now reporting Dortmund have set their sights on him.

Bournemouth are reportedly considering legal action against Hawk-Eye after they were relegated from the Premier League.

It relates to Aston Villa’s draw against Sheffield United in the first match of Project Restart, where the Blades were denied what appeared to be a legitimate goal due to a failure of the technology.

Hawk-Eye confirmed after the game that a system error had led to the goal not being awarded.

TalkSPORT reports that Bournemouth will discuss the possibility of taking legal action after Villa survived at their expense.

If Sheffield United’s goal had stood, Villa would have finished on 34 points and been relegated on goal difference, assuming all results finished identically.

“It’s rubbish, it’s nonsense,” he told talkSPORT. “There is a set of protocols that football clubs sign up to, and understandings that they agree to.

“One of those things is called match validity, which is the exceptions where referees and tech make mistakes. There isn’t a case.

“There is no way games are going to be reversed, or points brought back into the equation. They already understand that, but then we move into the territory of a compensation culture.

“This is explicitly excluded by the very nature of the rules.”