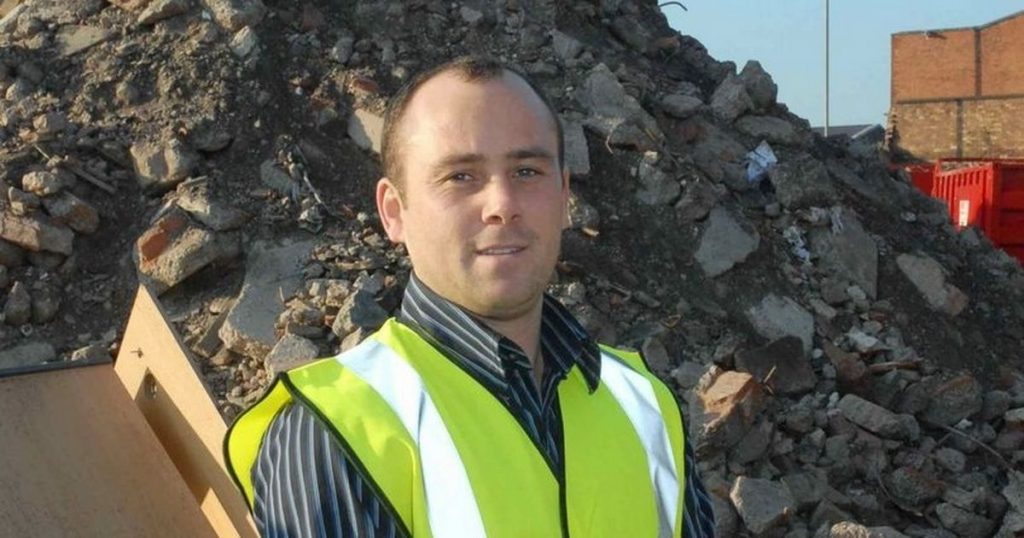 Burglars stole more than a half a million pounds worth of luxury items after targeting the homes of wealthy individuals including Manchester City footballer Raheem Sterling, a court has heard.

Former businessman Thomas Mee, 42, along with Vincent Ball, 51 and John Barlow, 58, all from Liverpool, targeted homes including in the heart of the north Cheshire stockbroker belt, where house prices soar into the millions.

The Cheshire home of Bury FC chairman and owner Steven Dale was broken into in October 2019.

Jamiroquai singer Jay Kay’s house in Buckinghamshire was among those targeted by the gang, as well as the home of Mansfield Town FC owner John Radford.

Mee, of Dunnerdale Road, Norris Green, was a well-known businessman in Liverpool.

The Mees Group of companies specialised in demolition, asbestos removal and site clearance. Mee is no longer involved with the group.

Simon Parry, prosecuting, said: “These three defendants are a team of highly organised and sophisticated house burglars who have travelled to various parts of the UK, including here in Cheshire.”

He said the three targeted the homes of “high-wealth individuals” and used sophisticated techniques such as cloned number plates and “dirty phones” to avoid detection.

The court heard the defendants attempted to burgle Mr Sterling’s home in Goostrey, Cheshire, on November 4, 2018.

Simon Parry, prosecuting, said: “Fortunately the alarm system at the address activated and scared the burglars away. Nothing was taken.”

Ten days later, on November 14 2018, the three men checked into a hotel in Buckinghamshire and later Mr Kay’s home, Horsenden Manor, was targeted.

Mr Parry said the singer’s housekeeper noticed an upstairs window was open and found a camera had been stolen.

A total of more than £550,000 of jewellery, watches and handbags was taken from 14 properties across Nottinghamshire, Worcestershire, Buckinghamshire and Warwickshire between November 2018 and October 2019, the court heard.

Photos of some of the handbags were found on the phone of Mee, who admitted handling stolen goods.

In a statement read to the court, Cheryl Batson, who had £146,000 worth of jewellery and handbags, as well as a Louis Vuitton scarf, taken from her home in Willaston, Cheshire, said she suffered anxiety and distress after the raid.
She said: “I have a heartbreaking feeling of loss over the sentimental pieces of jewellery which belonged to my late grandmother.

“I cannot stress enough the heartache I feel over having these items taken from me.”

On October 5 2019, the burglars were disturbed while in the Prestbury home of Mr Dale.

They were later arrested and items including balaclavas, binoculars, crow bars and cloned number plates were found in a car used by the men.

Officers also found £125,000 in cash during a search of one of Mee’s properties.

Andrew Alty, defending Mee, said it was the defendant’s case that the money was legitimate.

Anthony Russell, whose property in Lymm, Cheshire, was broken into by the gang, said: “I only hope this is absolutely genuine but perhaps we would really have preferred not to receive this letter.”

He said: “These three defendants need to appreciate the effect of their awful actions on all of these people.”

Mee, who has been involved in demolition since 2005, was very well connected and worked with some of the biggest developers in the region.

In 2007, he gave an interview to the Daily Post, when he discussed his successful business career.

He told how he started his own company in 2005 and was on target to turn over around £2m.

He said: “My bank told me it normally takes someone up to six years to get to where we are today.”

Mee does not appear to have had any further business dealings since he resigned from Mee Demolition Manchester in August last year.

In 2017, he spoke to the media after taking on the demolition of the famous Nation nightclub – formerly Cream – in Liverpool’s Wolstenholme Square.

He said: “We know that all eyes will be on the redevelopment of this iconic Liverpool square.

“Being so close to Liverpool ONE and The Albert Dock, Wolstenholme Square will be a fantastic place to live once the development is completed.

“Liverpool is booming at the moment, with demand for city living at an all-time high. We are no strangers to working right in the heart of our home city, but every time it is a privilege to be involved in reshaping the face of Liverpool for future generations.”

Mee, Barlow, of no fixed abode, and Ball, of Ranworth Place in Norris Green have all been remanded in custody since their arrest last year.