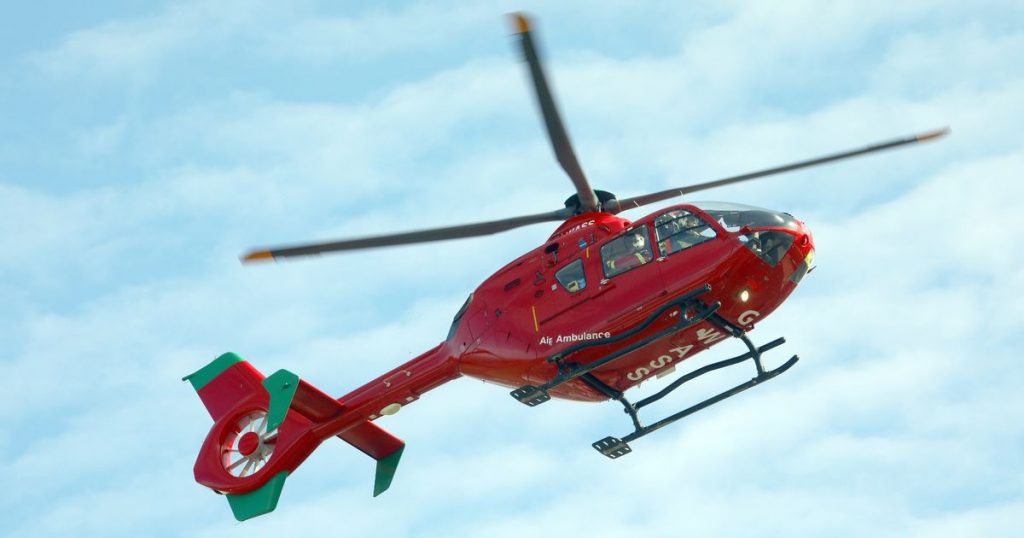 A man who got into difficulty in the sea off a Welsh beach has died.

Emergency services were called to Barmouth Beach in Gwynedd shortly after 1.30pm on Sunday afternoon after the man, a holidaymaker in his 30s, got into difficulty in the sea.

It’s understood that four people in total got into difficulty in the water and the alarm was raised. The other three people seen to be in distress were understood to be children.

Two of the children were taken to hospital by road ambulance while the man was airlifted to Ysybyty Gwynedd in a Wales Air Ambulance helicopter where he later died.

A North Wales Police spokesman said on Sunday night: “Police and the coastguard were called at 1.58pm today to a report that a man had got into difficulty in the sea in Barmouth.

“The man, believed to be in his 30s and on holiday in the area, was taken by air ambulance to Ysybyty Gwynedd, where he tragically died.

“His family have been made aware. There are no further details available at present.”

A spokesman for HM Coastguard said in the aftermath of the incident: “At 1.31pm HM Coastguard received a 999 call reporting people in the water off Barmouth and sent Barmouth coastguard rescue team, Barmouth RNLI lifeboat, and HM Coastguard’s fixed-wing aircraft.

“Barmouth harbour master and the coastguard rescue helicopter and Helimed also attended. A male casualty was recovered from the water and transferred to hospital in a serious condition.”

A spokeswoman for the Welsh Ambulance Service said on Sunday: “We were called at 1.39pm today to reports of persons caught in a rip tide at Barmouth beach.

“We sent two rapid response cars and two emergency ambulances to the scene where crews were also supported by a Wales Air Ambulance and a search and rescue helicopter.

“Three patients have been taken to Ysbyty Gwynedd.”