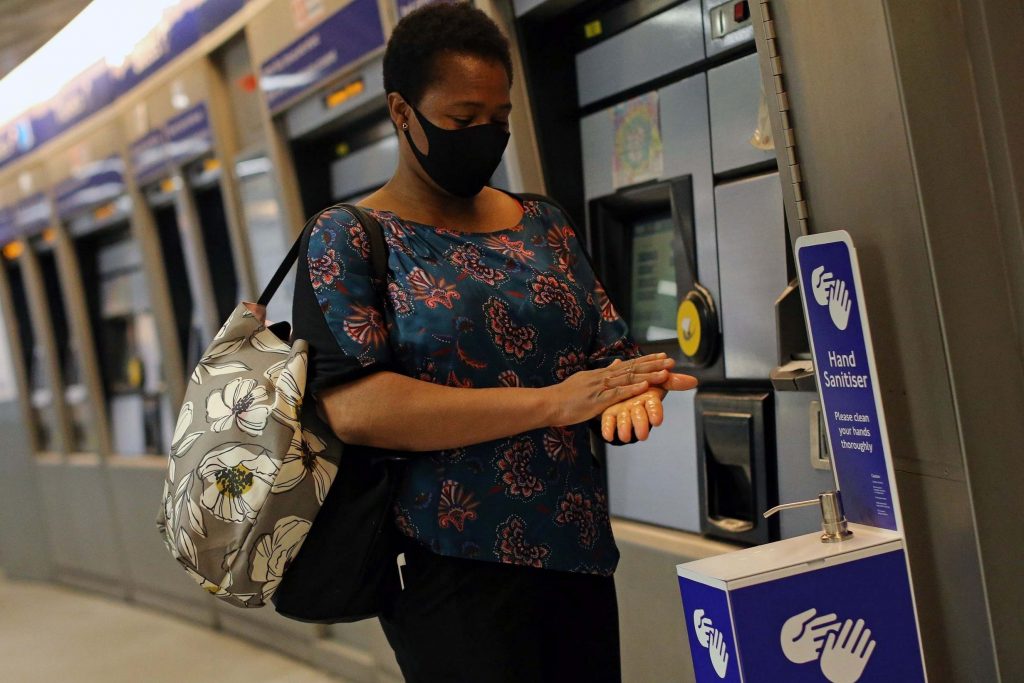 The Government have ditched a pledge to test all care home residents regularly throughout the summer because of “unexpected delays”, according to reports.

In a leaked memo, seen by the Times, which was sent to local authority chief executives on Friday night, Professor Jane Cummings, the government’s adult social care testing director, said “previously advised timelines for rolling out regular testing in care homes” were being torn up because of “unexpected delays”.

Meanwhile, the coronavirus death toll has risen by eight, bringing the total to 45,201. But separate figures published by the UK’s statistics agencies show there have now been 56,400 deaths registered in the UK where Covid-19 was mentioned on the death certificate.

UK coronavirus death toll rises by 8, bringing the total to 46,201

The UK coronavirus death toll has risen by eight, according to Government figures.

The total number of people who have died in hospitals, care homes and the wider community after testing positive for coronavirus in the UK has reached 46,201 as of 5pm on Saturday. But separate figures published by the UK’s statistics agencies show there have now been 56,400 deaths registered in the UK where Covid-19 was mentioned on the death certificate.

The Government said 46,201 people had died in hospitals, care homes and the wider community after testing positive for coronavirus in the UK as of 5pm on Saturday, up by eight from the day before

Separate figures published by the UK’s statistics agencies show there have now been 56,400 deaths registered in the UK where Covid-19 was mentioned on the death certificate.

The Government also said that in the 24-hour period up to 9am on Sunday, there had been a further 744 lab-confirmed cases. Overall, a total of 304,695 cases have been confirmed.


Robert Jenrick says expanding the shielding scheme is ‘not actively being considered’:

The Government has poured cold water on reported plans for more draconian lockdown measures in London and an expanded shielding programme.

Housing Secretary Robert Jenrick said talks that ministers are looking to ask the elderly to shield once again were “just speculation”.


More than 800 people have signed a petition accusing Lamé of not “understanding the far-reaching implications of the lockdown”, and for failing to be a “vocal, visible and powerful” advocate for the night-time economy.

They are calling on Mayor of London Sadiq Khan to remove her from her £83,169 post, either by replacing her or abolishing the role altogether.


More than 160 revellers descended on a north London street for an illegal “Airbnb party”.

Footage of the party shows dozens of people in the garden of the terraced house not wearing masks or socially distancing.


The British Horseracing Authority has confirmed an apprentice jockey has tested positive for coronavirus.

The ruling body said the rider, who has not been named, has not ridden for “a few weeks”, but did recently attend a racing meeting.

A BHA spokesman said: “Having been notified that an apprentice jockey had tested positive for coronavirus, the BHA has worked with the health protection agency, PJA, the jockey and their yard to assist their employer in following government guidance and managing the jockey’s recent close contacts.


A further five people who tested positive for coronavirus have died in hospital in England, bringing the total number of confirmed reported deaths in hospitals to 29,347, NHS England said.

Patients were aged between 52 and 86 years old, and all had known underlying health conditions.

Another two deaths were reported with no positive Covid-19 test result.


India reported nearly 55,000 new coronavirus cases on Sunday and Japan recorded more than 1,500 for a second day, while Florida was braced for a tropical storm that threatened to hamper efforts to combat the disease.

A curfew was imposed on Australia’s second-largest city, Melbourne, following a rise in infections.

The United States, India and South Africa are struggling to rein in their first wave of infections, while South Korea and other countries where the disease abated try to avert a second wave as curbs on travel and trade ease.


There are currently no plans to shut pubs after a rise in coronavirus transmissions in England, said the Housing Secretary.

Robert Jenrick, asked on Times Radio whether the Government would look to close pubs in such an event, said: “We don’t have any plans to do that.”

He also said schools would definitely return to full capacity in September and confirmed it would be the priority should there be a second spike of infections.

The ex-chief secretary to the Treasury told Times Radio: “We will have to take it on the chin that our debt will go up, that we’re going to have to live with a higher level of debt for a longer period of time.

“Interest rates are low, debt servicing costs are low, given the size of our debt.

“I think we are still going to be left with increased pressures on spending, a smaller economy because the economy will be scarred to some extent and that is going to mean we’re going to need what we used to call a fiscal consolidation – that’s either spending cuts or tax rises to get the public finances on a sustainable footing.

“We don’t need them now, there is no rush in terms of doing this.

“I think the Chancellor probably will need to set out his plans sooner rather than later just to give the markets some confidence and that there is real credibility in our fiscal plans, but I think there is no need to implement it this year or next year, or possibly not even the year after that.”

A state of disaster was declared in the Australian state of Victoria on Sunday, with local government implementing a night curfew to help combat coronavirus.

The state’s premier introduced its harshest movement measures to date to contain Covid-19 and said an evening restriction will be implemented across Melbourne from 8pm to 5am.


Coronavirus infections in the Philippines surged past 100,000 on Sunday, after medical groups declared that the country was waging “a losing battle” against the virus and asked the president to reimpose a lockdown in the capital.

The department of health reported a record-high daily tally of 5,032, bringing the total confirmed cases in the country to 103,185, including more than 2,000 deaths.

The Philippines has the second-most cases in south-east Asia after Indonesia.


A cluster of 13 cases of Covid-19 linked to a pub in Aberdeen is being investigated by public health officials.

NHS Grampian says the cases are associated with The Hawthorn Bar in the city centre.

The pub’s owners said that some customers who visited on Sunday, July 26, have since tested positive for the virus.

All those who tested positive are showing only mild symptoms, though the health board says there may be further cases linked to the cluster.

Police were forced to move in after crowds of revellers descended on the Forest of Dean for an all-night rave.

Just after 3.30am on Sunday morning Gloucestershire Constabulary tweeted: “Police are currently in the Forest of Dean near to Speculation Car Park dispersing a rave.


The premier of Australia’s hard-hit Victoria state has declared a disaster as he imposed sweeping new coronavirus restrictions across Melbourne and elsewhere.

An evening curfew will be implemented across Melbourne from 8pm to 5am, Daniel Andrews said, as the state of disaster proclamation gave police greater power.

He said 671 new coronavirus cases had been detected since Saturday, including seven deaths.