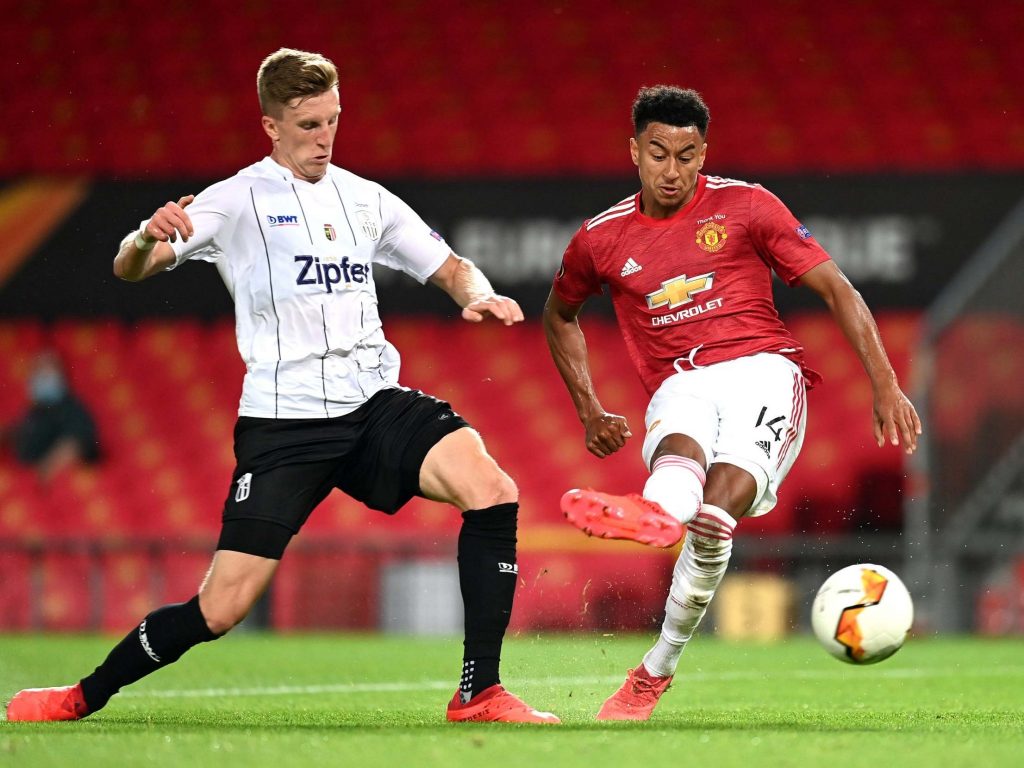 Manchester United are taking on LASK in the Europa League round of 16 this evening as they look to finish the job five months after the first leg.

United thrashed the Austrian side on that occasion, winning 5-0 thanks to goals from Odion Ighalo, Daniel James, Juan Mata, Mason Greenwood and Andreas Pereira, and they are looking to seal their place in the quarter-finals here as European football makes its long-awaited return.

Easy enough for the Red Devils, but they didn’t impress and it’ll be back to the usual lineup, you feel, once the last eight begins in Germany.

86′ – Anthony Martial plays a neat one-two with Mata, steps into the box and finishes, just about, past the keeper who can’t get enough on the ball to keep it out. United ahead on the night.

Not sure Ole Gunnar Solskjaer will be taking too much from tonight, other than the fact he doesn’t have players to push his usual starting 11. Can imagine it will be a case of three games for the starters to play in and win, should they progress in Germany.

McTominay fires a shot off-target after Pereira winds his way past two tackles.

LASK sub: Andrade off, Filipovic on.

United subs: Martial and Mengi on for James and Fosu-Mensah.

Just under 15 minutes remaining in this return to European action for United.

LASK sub: Sabitzer on for Wiesinger

United almost play themselves into trouble but Bailly does enough to get Maguire off the book. Reiter then strikes one hard and low and Romero only gets an awkward leg to the ball, but it rolls away to safety.

United sub: Chong on for Williams.

Bailly takes a bit of a knee to the head but should be ok.

Fosu-Mensah fires one off-target after Mata’s shot was blocked.

United sub: Lingard off, Pogba on. Fred off, Pereira on.

A little more lively passing in the game now. LASK’s hopes of a miracle comeback lasted about two minutes there.

57′ – Now we’ve sparked into life! Wiesinger almost scores a quick second, sends his shot wide, then Mata frees Lingard up the other end and he beats the keeper in the near post via a deflection.

What a hit! 30 yards out, the ball rebounds Wiesinger’s way and he curls it, first time, right into the far top corner! Utterly not in keeping with the rest of the game!

Williams surges into space down the left and crosses low into the six-yard box…but neither James nor Lingard sliding in can make contact.  Just needed a touch.

A shot on target! Mata does well, exchanges passes with two and feeds Ighalo – but he slips as he shoots and it rolls straight to Schlager, who saves. First effort on goal for the home side tonight.

At the other end Balic gets in behind the defence but as he looks to clip a cross in, he also loses his footing and falls to ground without making contact with the ball.

No changes at the break for either side. Lingard takes on two but overruns the ball and the chance to shoot or pass is gone.

We are back underway.

Not an eventful half. Don’t think Fernandes, Pogba and the rest will be fearing for their places at this rate.

One minute added on.

McTominay into the book for a pointless and late tackle on Balic. United made a quick start, but most of their play has been slack and poor since the opening minutes. Very much a warm-up game for the quarters and beyond, this.

James gets down the right channel this time and just has to roll the ball along to Lingard, but his cross is cut-out by a good interception from Wiesinger.

Romero is quick off his line to beat Balic to a through pass, though he almost spills the ball out of his area afterwards.

Lingard is then clattered by Michorl and he goes into the book.

The game will be broadcast live on BT Sport 1, BT Sport Extra 1 and BT Sport Ultimate.

Subscribers can also stream the match on the BT Sport website and app.