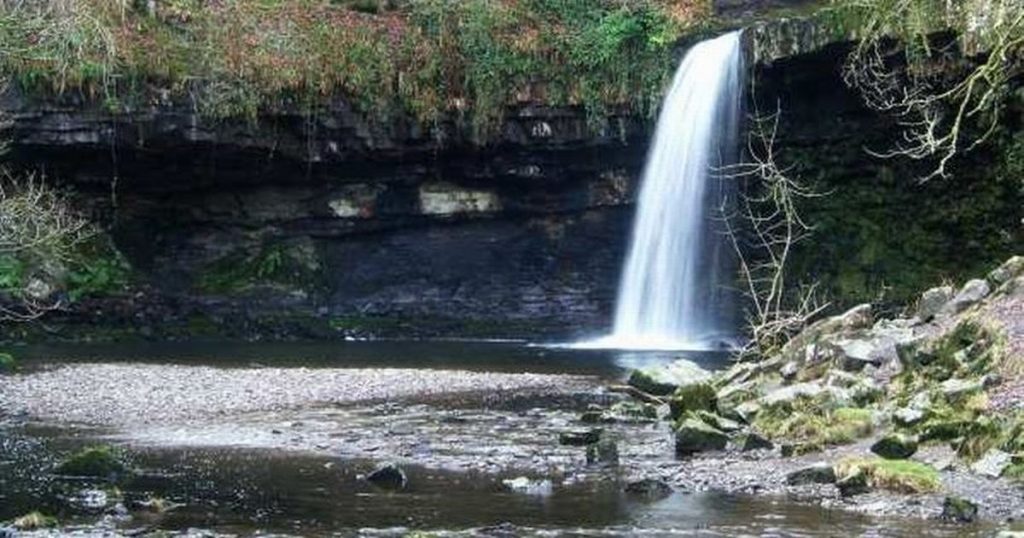 A teenager has suffered spinal injuries after ‘tombstoning’ off a 20-metre waterfall.

The 13-year-old jumped off the waterfall in Pontneddfechan, in the Vale of Neath, Wales, today.

He hit the bed of the river below and had to be airlifted to hospital after being treated at the scene by rescue workers, Wales Online reports.

A spokesman for the Western Beacons Mountain Rescue Team said they were called to Pontneddfechan at 3.30pm today.

He added: “The team responded with four vehicles and 15 team members to Sgwd Gwladys (Lady Falls) where the casualty was treated by the team.

“The casualty had jumped off the waterfall ‘tombstoning’ and had hit the bed of the river when he entered the water.

“The casualty suffered from a suspected spinal and pelvic injuries. The casualty was placed in a vacuum mattress to immobilise his spine and loaded onto a stretcher.”

Team leader Neil Butcher said: “Due to the casualty’s injuries and to save him a very painful carry out a coastguard rescue helicopter from St Athan was requested to winch him from the location.”

It is understood the winch out operation was so difficult due to the location and low wind condition that several dead trees were blown down and small branches caused a hazard to rescuers on the ground.

The casualty was successfully extracted and taken to hospital by helicopter.