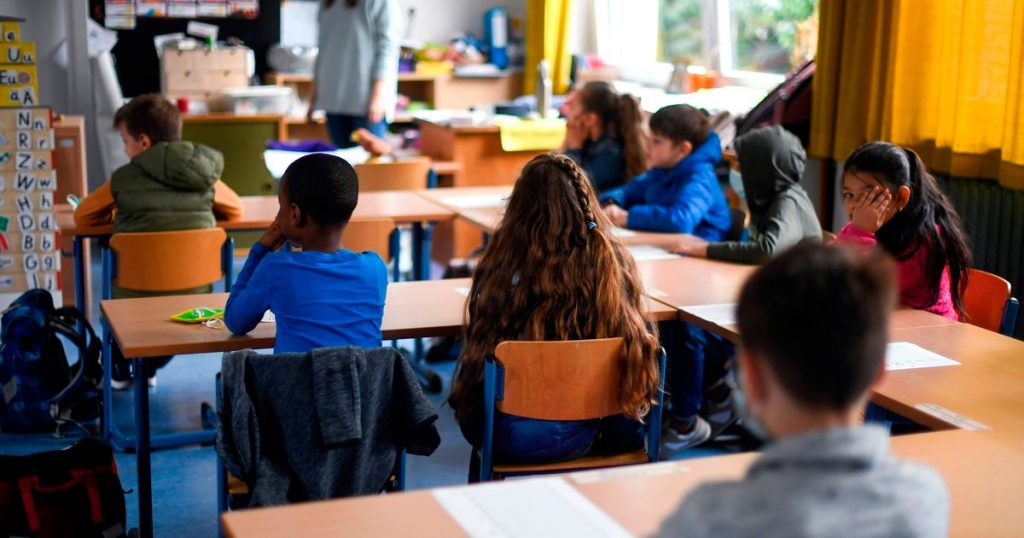 But ministers dismissed the suggestion as Boris Johnson set himself on a collision course with teachers and union leaders over the planned reopening of classrooms next month.

It is the first time the figure has gone above 1,000 for two months, and 304 higher than the 758 new cases reported on Saturday.

Anne Longfield, the Children’s Commissioner for England, claimed testing staff and pupils should be “part and parcel of what running a safe school within these very difficult times means.” She said the tests should be carried out regularly “and that may well be weekly”.

But Nick Gibb, the Schools Minister, rejected the pleas for such regular Covid-19 testing.

He said: “All the advice we’ve had is the measures that we’re putting in place, the hierarchy of controls about hygiene and so on and bubbles [small groups] within schools, is the most ­effective method of reducing the risk of transmission of the virus.”

There are around 8.8 million school pupils in England, 425,200 teachers, plus teaching assistants and other staff members.

In the case of a local lockdown, the Prime Minister is thought to favour ordering pubs and shops to close so schools can stay open. Boris Johnson said there was a “moral duty” to get children back into schools in September.

Chief Medical Officer Chris Whitty has warned rules on other sectors would have to be tightened when pupils return. Prof Whitty is among those to have said the UK has “probably reached near the limit” of what can be done to reopen society safely.

Schools in Scotland start a “phased return” from tomorrow. The 700,000 children set to return to classrooms have been warned not to hug or high-five.

Corridors will be made one-way and wash stations and temporary classrooms will be installed in libraries, gyms and dining halls.

Half a year’s pupils will attend in the morning and half in the afternoon.

This timetable was suggested for English schools but Education Secretary Gavin Williamson ruled it out.

A government spokesman said: “NHS Test and Trace is working, and local action to tackle outbreaks and keep people safe is a crucial part of the national service.

“We are rolling out more dedicated ring-fenced teams of contact tracers, who are trained health professionals, to work intensively with health protection teams on a local area.”

What Europe is doing…

School holidays are staggered – but some 152,700 children returned to classrooms this week for the first time since they were closed in March.

Officials have called for regular classes to take place where possible but for children to get at least four or five hours of contact time each week. Masks are not mandatory but strict cleaning regimes are in place and free testing is available to teachers.

French schools started to reopen in May but pupils were only allowed back in limited numbers – and attending in person was optional. But from June 22, rules requiring a 4m square of space per pupil were relaxed as a return to education became compulsory.

Spanish schools will reopen in September after one of the strictest lockdowns in Europe. Primary classes will be capped at 20 pupils with children grouped in “bubbles”.

And students will also be encouraged to wear masks and keep 1.5m apart.

Italian schools are set to reopen from September 14. Students will be urged to stay 1m apart and wear masks. And some lessons will take place outdoors and in different premises such as cinemas, parks and museums in a bid to reduce the concentration of children in school buildings.

The Italian government has announced some 50,000 extra teachers will be hired to cope with the changes.

Schools in Greece started to reopen in May after a two-month closure. They are expected to start the next term early, on September 7, in a bid to catch up on missed lessons.

READ  Challenge Mars Blue in the Auvergne-Ron-Alps, every step counts against colorectal cancer

Class sizes have been reduced to around 15 and pupils have been told to stay 1.5m apart.

Dutch schools reopened to all pupils on May 11.

Class sizes were cut in half, with rotating “bubbles” of pupils.

However, social distancing has not been enforced for children under 12.