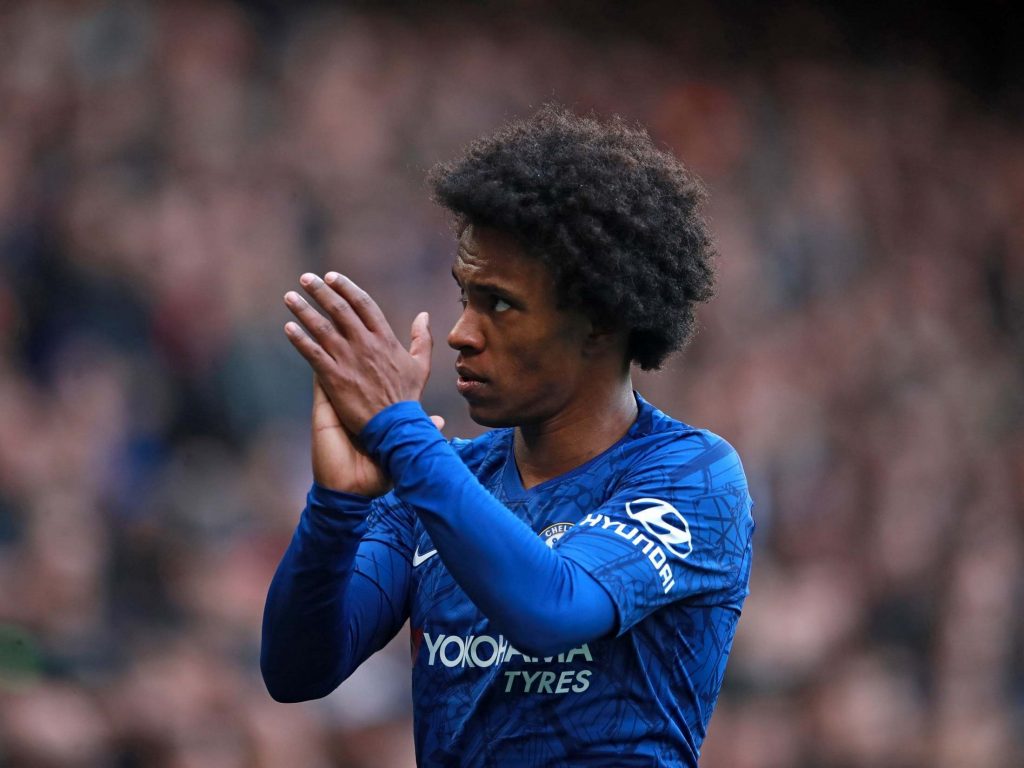 Follow the latest updates live from the summer transfer window as Premier League clubs look to strengthen ahead of the new season. Arsenal look set to complete their move for Willian as early as today, following the Brazilian’s announcement at the weekend that he is leaving Chelsea after rejecting their contract extension. The Gunners are also interested in Atletico Madrid midfielder Thomas Partey and Lille midfielder Gabriel Magahaes, while they are keen to loan Dani Ceballos from Real Madrid for another season.

Liverpool are also set for a busy week, with a fee agreed for Olympiakos defender Kostas Tsimikas following the end of their interest in Norwich’s Jamal Lewis. The Premier League champions are also looking at Bournemouth’s David Brooks, who is being valued at £35m by the relegated club, though they face competition from Everton, Tottenham and West Ham.

Manchester United are into the final few days of negotiations with Borussia Dortmund in their pursuit of Jadon Sancho, although efforts to sign the England international will now increase with United officials in Germany for the Europa League quarter-final against FC Copenhagen. Follow the live updates below.


Another surprise name on the Liverpool radar is Bournemouth midfielder David Brooks, who could be on of many heading for the exit following their relegation from the Premier League.

The Sun reports that the Premier League champions are looking at the Wales international to bolster their squad in an effort to not only defend their title next season, but bolster their effort to regain the European crown that they will lose in the coming weeks.

The report claims Liverpool will look to lure Brooks to Anfield for £35m, but whether Bournemouth would allow him to go for that price is another matter as they look to make the most out of the best players who want to remain in the Premier League.

However, the Anfield club face competition from Everton, Tottenham and West Ham, according to The Star, and Brooks will have to weigh up whether he wants regular first-team football or a greater chance of success in deciding where his future lay.

Liverpool have switched targets in their pursuit of a new left-back to provide competition for Andy Robertson, with their move for Norwich City defender Jamal Lewis collapsing after the two clubs failed to reach an agreement on a transfer fee.

Instead, our senior football correspondent Melissa Reddy has confirmed that Liverpool are on the verge of moving for Olympiakos defender Kostas Tsimikas, with an £11.75m fee agreed and personal terms currently in the process of being negotiated.

The move for Willian could prove to be the first of many, with Arsenal becoming increasingly active in the transfer market as Mikel Arteta looks to address the obvious issues within his squad.

Thomas Partey is one name who has been constantly linked with a move to the Emirates, and renowned Spanish football reporter Kike Marin has provided an update on talks between the two clubs, which appear to have reached something of a stalemate.

Arsenal have apparently offered Hector Bellerin, Alexandre Lacazette and Lucas Torreira in separate offers for Partey, but Atletico Madrid are refusing to budge on their valuation and want his £45m release fee to be paid in full if thy want to speak to the Ghanaian midfielder.

We kick off the day at Arsenal where the move for free agent Willian is nearing a conclusion after the Brazilian announced his departure from Chelsea.

The 32-year-old leaves Stamford Bridge after seven trophy-laden years at the club, having won two Premier League titles, the FA Cup and League Cup and the Europa League, having rejected their two-year contract extension.

He will not have to move far, with the winger on the verge of signing for Premier League rivals Arsenal in a deal that could be agreed as early as today, with the Gunners offering him a three-year deal on £100,000-a-week with a handsome £10m signing-on fee.

Good morning and welcome back to The Independent’s transfer news live blog!

With the longest ever Premier League season finally wrapped up and consigned to the history books, attentions once again turn to the summer transfer window, which opens nearly two months later than normal.

Clubs are set for a busy 10 weeks until the 5 October transfer deadline, with a number already confirmed to be in the market to reinforce their squads ahead of the 2020/21 season – which will begin on the weekend of 12 September in fewer than seven weeks’ time.

Without further ado, let’s take a look at the headlines this morning.

Manchester City will already lose one Silva this summer with David Silva set to depart when the season finishes, but Barcelona are being linked with a move for his namesake Bernardo, with Nelson Semedo being considered as a makeweight in any negotiations.