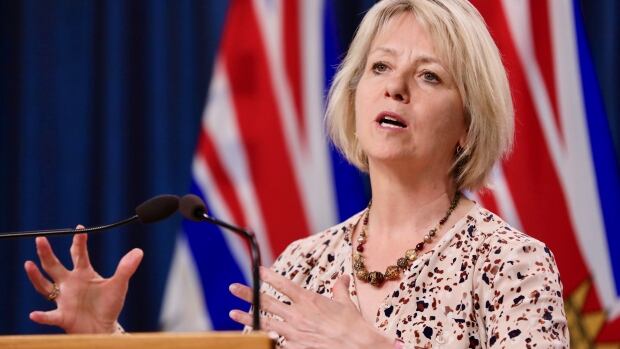 BC is ordering the closure of nightclubs and stand-alone banquet halls, ending liquor sales in restaurants at 10pm and telling venues to lower the level of music to the level of conversation as COVID-19 cases continue to rise in the province.

Bars and restaurants should close at 11pm unless they are serving food.

With the province reporting 429 new COVID-19 cases over a four-day period, the total number of cases in BC reached 6,591. Two more people died of the virus in long-term care.

The new numbers represent four reporting periods over a long weekend. Provincial Health Officer Dr Bonnie Henry said there were 123 cases between Friday and Saturday, 116 between Saturday and Sunday, 107 between Sunday and Monday, and 83 new cases between Monday and Tuesday.

There are three new health care-related outposts at Barnaby General Hospital, the Redee Retirement Center and the Holy Family Hospital. Despite numerous exposure events in the lower mainland, the new community has not spread.

Henry said the revised orders were issued “as a last resort.”

“We found that these platforms have been tried, we have made adjustments, but there are still exposures going on,” she said.

Henry reiterated that as the fall approached BC residents needed to facilitate social interactions and bubble for five or six.

She said the province’s philosophical approach to the pandemic was to issue minimum mandatory sanctions – but events exposed in venues such as nightclubs have become a “major source” for broadcasting, putting pressure on public health resources.

“We want to do the least amount we can by order, and make sure we can support people to do the right things for their personal circumstances,” she said.

BC in the ‘second wave’

Henry said Tuesday that BC is facing a second wave of COVID-19 cases and is looking to bring in new measures to curb the spread of the virus.

At the beginning of the epidemic, health officials and epidemiologists warned of a second wave of the virus, possibly connected with the cold weather. Now, the pattern of cases like modeling waves or “moguls” is as Ts Henry called it in the past, it rises when enough people in the population are satisfied with physical distance actions.

“Partly, as our testing has increased and we have more relationships with young people. I think people need some release in the summer. This is a very serious step we took in March and April, and it’s very relevant to the public.”

On Tuesday, cases were confirmed among staff and students at a private school in West Vancouver. In a letter to parents, Mulgrave School head John Wray wrote that the exposure occurred when 9th graders were away from campus for an off-site day camp experience.

“We have had such a successful start to the year, this event may seem like a setback, but such exposures are expected to be reversed and we have confidence in the system fitted by Vancouver Coastal Health,” Wray wrote in the letter.

BC sanctions eased in mid-May as public health orders were gradually lifted. In late June BC entered the 3rd phase of its pandemic response plan, which would allow it to travel within the province.

By mid-July, Cases began to rise steadily, and on August 28 BC recorded the highest single-day jump in new cases.

“We had a little grace period in the summer and allowed people to have that time,” Henry said. “We know we need to keep our focus and focus on priority issues such as bringing children back to school.”

Hospitalizations in BC were relatively stable, with 32 in hospital and 12 in intensive care.