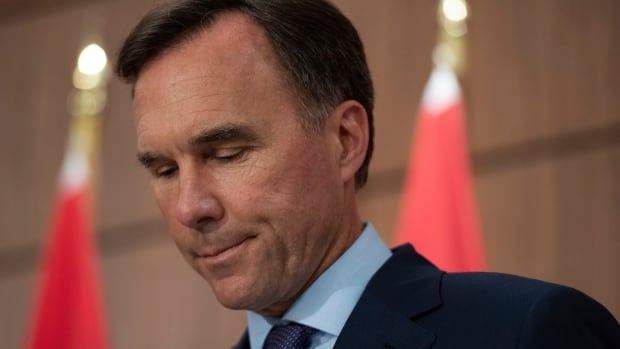 The Election Commissioner of Canada has said that Bill Morney violated part of Canada’s election law last summer by promoting prospective Liberal candidates during his tenure as minister before the federal election.

An independent official who is expected to comply with the law posted a copy of his findings online Thursday morning.

According to the accepted statement, Mornia Oakville addressed the Chamber of Commerce on July 29, 2019, during the pre-writ period, in his official capacity as Minister of Finance.

After the event, Morney took part in a roundtable discussion with local business owners and residents, toured a garment factory and met then-prospective candidate Anita Anand with Muslim community leaders.

The four incidents were posted on the Finance Ministry website.

In his speech, Morne told Anand: “When such a person goes forward for public life – with significant success in their private sector life – I think it is important – we support and encourage them,” the commissioner said.

Anand Oakville won the ride and has since been promoted to a cabinet position.

Morne must post the results online and pay the fine

On August 27, 2019, Morney toured a Caledon-area business where he posed for photos with Dufferin-Caledon’s Liberal candidate Michelle Fisher, the commissioner said.

The findings of the commissioner read, “Ministers are prohibited from using public resources and funds from their departmental budgets for partisan purposes.”

Morne must post a copy of the commissioner’s findings on his personal website or social media channels and pay a $ 300 fine.

Last month, Morne announced his resignation as finance minister and MP for the Toronto Center.