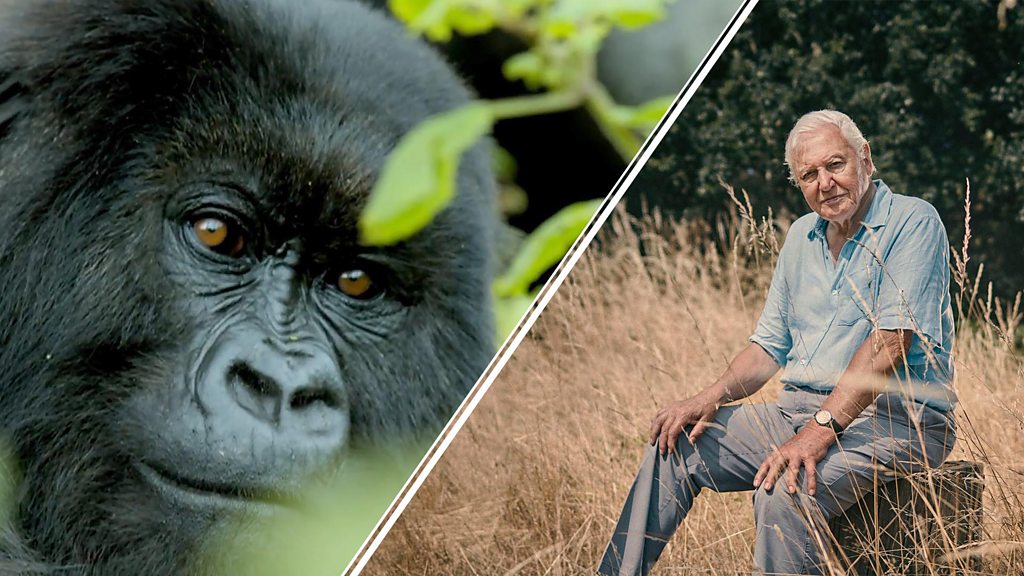 Sir David Attenborough returns to our screens this weekend with a new product.

The tone of the show is very different to his usual work.

Britain’s favorite naturalist was once not here to celebrate incredible diversity on Earth, but to issue a full warning to all of us.

The one-hour film, Extinction: The Facts, airs on BBC One in the UK on Sunday 13 September at 20:00 BST.

“We are facing a crisis,” he warned at the outset, “and we all have consequences.”

The damage our race has done to the natural world is shocking.

There are amazing pictures of animals and plants you would expect from an Attenborough product, but there are also horrific scenes of destruction.

In one order the monkeys jump into the river from the trees to escape the huge fire.

Another cola bear is stranded across a road in its futile search for shelter while devouring the forest around it.

There is a small army of experts to assess the damage done to the world’s ecosystems.

Of the estimated eight million species on Earth, one million are now at risk of extinction, an expert has warned.

Since the 1970s, invertebrates – birds, mammals, reptiles, fish and amphibians – have declined by 60%, another tells us.

We meet the last two northern white rhinos in the world.

These great animals are found in their thousands in Central Africa but they have been pushed to the brink of extinction by habitat loss and poaching.

“A lot of people think this inary haunting story told by the conservationists is going to be extinct,” said keeper James Mwenda, who looked after them, “but I’m alive, I know what it is.”

James beats the big animals and makes pets, but when he tells us that Nazin and Fatu are mother and daughter they represent their last.

Species have always come and gone, how evolution works. But, as Sir David said, the extinction rate is rising at once.

It is now calculated to be 100 times faster than the rate of natural evolution – and is accelerating.

“During my lifetime I have encountered some of the greatest animals in the world,” Sir David said in one of the most moving scenes in the film.

“I just realized how lucky I am – most of these miracles will disappear forever.”

Crisis in the natural world

Sir David laments that it is not about losing the wonderful creatures he has exhibited in the hundreds of events he has done in his six decades as a natural history filmmaker.

Loss of pollinating insects poses a threat to the food crops on which we depend. Plants and trees regulate the flow of water and produce the oxygen we breathe. Meanwhile, the seas are emptying the fish.

Compared to before the beginning of the 20th century there are now only 5% trawler caught fish left, an expert said.

As we have all been learning in the most brutal manner for the past six months, the epidemic provides a very immediate example of the ever-increasing dangers of invasions into the natural world.

The program tracks the suspected origin of the coronavirus to a population of bats living in cave systems in Yunnan Province, China.

We see the Chinese “wet market” in Wuhan, which specializes in the sale of wildlife for human consumption and is thought to be associated with early infections.

The show has seemed a bit unfocused in recent episodes, but Serena Davis, director of the show, agreed.

“Our job is to report the reality that the evidence provides,” she explains.

But the feeling that the program was all gone did not leave the audience. Sir David made it clear that there was still reason to hope.

“His goal is not to drag the audience into the depths of despair, but to take people on a journey, to find out what drives these issues, and we can solve them, too.”

The program ends in an iconic style.

The moment we met a group of gorillas in the mountains on the border between the Democratic Republic of Congo and Rwanda, we saw one of the most famous moments of all the films that Sir David made in his long career.

A young gorilla named Poppy tries to pick up his shoes while talking to the camera.

Sir David says, “It was an experience that stayed with me, but it was very sad, because I thought I would see the last of their kind.”

Programmakers return to Rwanda and, after a long trek, locate the poppy daughter and grandson in a deep forest scrub.

We learned that the Rwandan government has worked with local people to protect animals and that gorillas are thriving.

Sir David says this is what we can achieve when our minds are focused.

“I may not be here to see, but if we make the right decisions at this critical time, we can preserve our planet’s ecosystems, its extraordinary biodiversity and all of its inhabitants,” he concluded.

His last line packs a powerful punch: “What happens next,” said Sir David, “for each of us.”

David Attenborough, Extinction: The Facts, can be found on BBC One in the UK on Sunday 13 September at 20:00 BST.