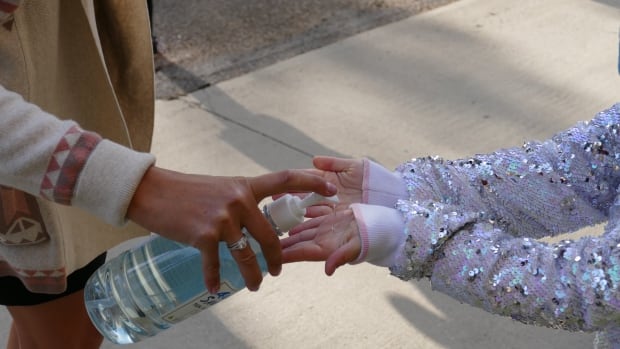 Parents of children attending Winnipeg school with COVID-19 exposure last week are being called upon to provide more information about the school.

On Sunday afternoon, a man reportedly went to John Pritchard School in North Kildon all day from Thursday to Thursday.

The province said the affected colleagues would be notified, but said the letter the parents received from the school was unclear.

“They did not specify what coordination, what classes or where they were in the school, which is a bit relevant,” said Britney Aselund, a 6th grader.

“It could be in her ensemble, she might be around that person, and it’s worrying.”

Azelund plans to keep his daughter at home from school until she learns more.

Catherine Harder said she was frustrated by the lack of information from the school.

“I have three children, they are in different classes at different times of the day and in different sections of the school. We do not even know the age or the general condition where they are… It was frustrating,” she said.

Kelly Barkman, division superintendent of the River East Transcona School, which falls under the John Pritchard School, said it was completely cleaned up Sunday when the division was informed about the positive case.

“[We] We immediately launched our plan for a positive case in our schools or buildings that have a deep cleaning of the school, as well as the use of electrostatic fog, which disinfects surface areas in minutes, ”he said.

The province said it would not release details of cases in schools “to protect the privacy of the individual and reduce any stigma”.

Aselund and Harder say they understand it, but they still need a lot to move forward.

“I have no personal information and no sharing. Tell me they are in the A, B and C classroom.

It begins with Tom Murphy, grandson John Pritchard going to school, saying that more needs to be done to protect children from the virus, and that they are physically staying away.

“We need to start thinking about places where children can move out of their school, so there aren’t too many people in the classroom,” the former principal said.

“You can’t make coordinates in the schools we built 100 years ago. These schools are old,” he said, adding that the classrooms are small.

He said hand washing and access to the sanitizer were essential to prevent the spread of germs.

The first positive COVID-19 case detected in Manitoba’s school system was a student who attended class on the first day on Tuesday, asymptomatic and “did everything they could,” said Manitoba’s top doctor. 0:41

John Pritchard School is one of four schools in the province where COVID-19 exposures have taken place since classes resumed.

The province reported Sunday that the asymptomatic man went to the Daniel McIntyre Collegiate Institute in the West End on Wednesday morning and Thursday afternoon.

On Saturday, a coronavirus novel linked to a grade 5 and 6 classroom at Ecole New Era School on 527 Louis Avenue was leaked, Brandon School Division Superintendent Mark Cassavant said in a news release that day.

On Wednesday, the province warned that a 7th grader was in class at Churchill High School in the Winnipeg School Division and used Winnipeg Transit as a feature.

The province has publicly announced that the Churchill student is in 7th grade, while the Winnipeg School Division has also notified parents of the classroom where the student is. However, no such information was provided about Daniel McIntyre student.

Carter said it makes a difference if the student is in middle school rather than high school. Students from kindergarten to 8th grade are housed in small groups so the school system can immediately identify where they are throughout the day.

“With older students, you need to see what parts of the school they additionally clean and what classes they have,” she says; Daniel McIntyre had grades 9-12.

The victim practiced wearing a mask and practicing physical distance because the cleaning was done and there was less risk to students, Carter said.