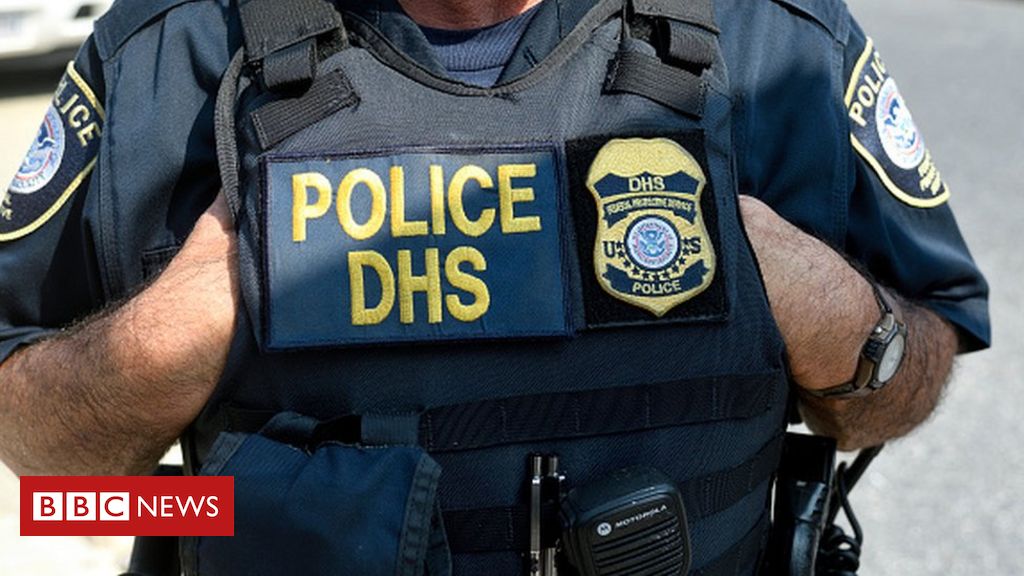 The complaint denied the practices and conditions at the private Irvine County Detention Center in Georgia.

It is based on the whistleblower allegations of a nurse identified as Don Wooten.

She worked at the center, which houses immigrants detained by the Immigration and Customs Enforcement (ICE).

As part of her complaint, Filed Monday, Expressed concern about the high number of cervical surgeries on Spanish-speaking women at the Ms Wooten Center.

Detained women told him they did not fully understand why they had an abortion – an operation that removes all or part of the uterus.

The complaint also alleges “George’s medical negligence” during the coronavirus epidemic, including refusing to test prisoners with symptoms and falsifying medical records.

“I’m a whistleblower, now I’m a target,” Ms Wooten told a news conference Tuesday. But, “I’ll always be the target”, rather than putting some part of what she calls the “inhumane” system.

Speaking to reporters, Ms Wooten alleged that there was gross misconduct at the center regarding Kovid-19 precautions, and she stayed at home while protesting the conditions and being ill.

The complaint was lodged with the Watchdog, which oversees the Homeland Security Division (DHS), which is responsible for ICE. According to campaigners, the center currently has 500 to 800 people, with a bed capacity of 1,200.

In a statement issued on Monday, the ICE said it was “seriously considering the allegations” and “strongly committed to the safety and welfare of all those in its custody.”

“Anonymous, unproven allegations made to the BBC, without specializations that can not verify the facts, they should be dealt with with appropriate reasonable doubt,” he said.

The BBC has contacted LaSalle Corrections, a private company that runs the Irwin County Detention Center.

What did the complaint allege?

It captures statements made by Ms Wooten to the DHS ‘Watchdog and extensively quotes unidentified prisoners.

There have been allegations such as refusing the facility to examine symptomatic inmates, failing to isolate suspicious cases and not promoting socio-distance practices.

In a written statement submitted to Congress in July, LaSalle said the corrections identified its facilities as “regularly updating infection prevention and control protocols”.

Ms Wooten and other nurses at the center were concerned about the “rate of miscarriage,” the complaint said.

Ms Wooten alleges that a doctor removed a false ovary from a young prisoner and that “everyone he sees has cervical surgery”.

“We asked ourselves, ‘Goodness he’s taking out everyone’s stuff … that’s his specialty, he’s a cervical collector,’ ‘she said in the complaint.

One inmate, who was interviewed by Project South, likened the center to “an experimental concentration camp”, saying “it’s like they’re experimenting with our bodies.”

Other allegations include delays in medical care for detained immigrants. Ms Wooten alleged that “it was common practice for a sick call nurse to tear up medical request documents from detainees detained.”

Project South lawyer Priyanka Bhatt said on Tuesday that there were reports many years ago about issues related to women’s health.

The complaint also alleges unhygienic conditions in the central medical department. In one letter, another immigrant described the medical department as “dirty and with animals like ants and insects, single bed, toilet and sink only”.

Azade Shashahani, a human rights lawyer in Project South, called on the DHS to conduct an immediate investigation into the allegations.

More on immigration to the US: