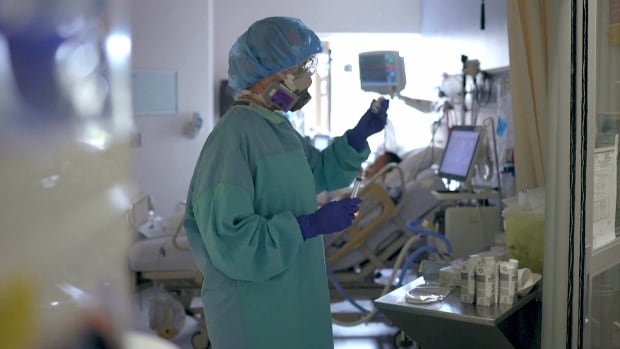 According to a written statement by Regional Health Officer Dr Bonnie Henry and Health Minister Adrian Dix, there are now 1,803 active infection cases reported across BC. A total of 59 people were hospitalized, including 20 in intensive care.

“The cases we see today are a direct result of how we spent our Labor Day weekend. Break the broadcast chain and reverse this trend,” Henry and Dix said.

“No one wants to send the virus to friends or family, but it’s very easy to do. It takes two weeks for the symptoms of COVID-19 to develop and during that time, we can accidentally spread it to others.”

In addition to the case numbers on Friday, the province announced another 40 historic cases involving people who tested positive in the Vancouver coastal health area between August 11 and September 16, but no personal health numbers and no data entered the system.

Suffering from known cases, 3,075 are under the supervision of public health workers as there are 10 active outpatients in long-term care and five in hospital acute care units.

“We need to push back the COVID-19 curve and we have the knowledge, tools and resources. Always using your protective layers and sticking with your ‘safe six’ will help all of us this weekend and moving forward each weekend,” Henry and Dix said.

The province does not provide weekend updates on COVID-19 numbers. The next scheduled briefing is Monday, September 21 at 3 p.m.

Henry repeatedly appealed to members of the public to adhere to meetings with six or fewer people and to keep the six groups constant. She ordered nightclubs to close after 10pm and a ban on drinking alcohol.

Ontario is now limiting the number of people in some public meetings to 25 in some areas, but Henry says there are no plans to do so in BC, where the limit is at 50.

This week, Henry also announced The new mouth cleans the gargle and spit test for students It makes it easy for children and teenagers from kindergarten to 12th grade to check if they have COVID-19.

She said the world’s first test was developed in BC, reducing the province’s reliance on the global supply chain for laboratory testing.