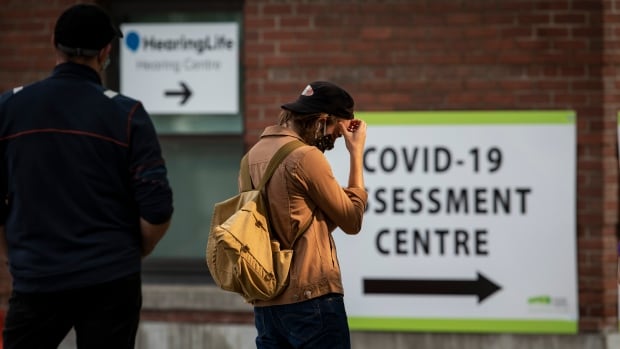 Ontario recorded 401 new cases of COVID-19 on Friday, the highest number of cases daily since June 7.

The number of infections in the province has been rising since mid-August in three public health departments, Toronto, Peel and Ottawa. Of these, 130, 82 and 61 cases were reported, Health Minister Christine Elliott said in a series of tweets.

Two-thirds of the cases on Friday were among those under 40, she said.

On Thursday, Premier Doug Ford re-introduced tough restrictions on social gatherings for Toronto, Peel and Ottawa starting Friday. A limit of 10 people can be assembled inside the house and 25 people can congregate outside. Those who violate these rules run the risk of being fined at least $ 10,000 by the organizers and $ 750 by the guests, Premier said.

Although Ontario has not reported many of these cases since June, the province significantly increased its testing capacity in early summer. 19,374 tests were processed for the June 7 update, with 415 new cases, compared to a total of 35,826 tested on Friday.

The government has announced plans to increase its test capacity to 50,000 tests per day this fall. Elliott vowed to reveal details of the plan soon this week.

The total number of infections in the province has risen to 46,077 since Friday’s update began spreading in late January.

No new deaths were reported on Friday as the current death toll stands at 2,825. A CBC News analysis of local public health departments, which is more recent than regional figures, found a total of 2,864 deaths as of Friday morning.

READ  Ultraviolet rays: What are their effects on health?

The hospital showed a slight increase, with 58 patients currently admitted for care. However, the number of patients in intensive care and on the ventilator dropped slightly.