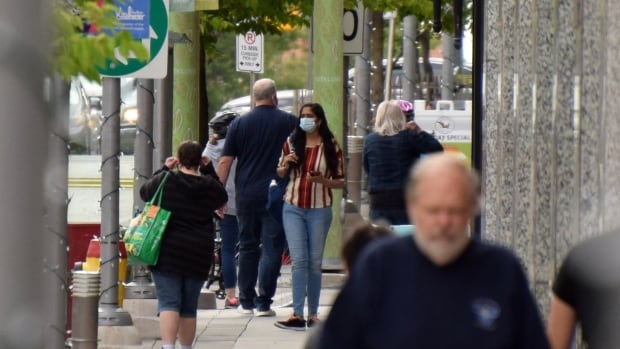 There are 21 new cases of COVID-19 in the Waterloo area, according to new figures released Sunday morning by Public Health.

The area reported 112 active cases of the virus. No one was listed as being in the hospital.

Today there are 365 new cases of COVID-19 in the province and one new death associated with the coronavirus novel.

The daily number is lower than the amounts posted in the previous two days, but it is still the highest number seen since the beginning of June.

The government registered more than 400 new cases on Friday and Saturday.

On Saturday, the regional government lifted restrictions on social gatherings across Ontario, allowing no more than 10 people to be indoors and no more than 25 to assemble.

Health Minister Christine Elliott said the Toronto and Peel regions had the highest number of new cases in the province, while another neighboring community – the York region – identified 38 new cases in the past day.

She said the province has completed 40,000 tests in the last 24 hours.

READ  Influencers on the plane: Three federal ministers call for an inquiry