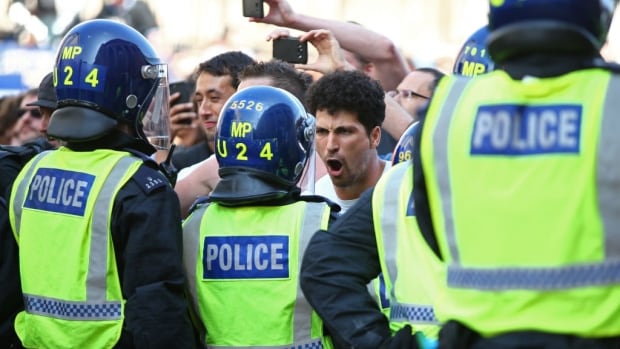 Britain is at a tipping point on COVID-19, Health Minister Matt Hancock said on Sunday, warning that a second national lockdown could be imposed if people did not follow government rules designed to stop the spread of the virus.

COVID-19 cases have increased by more than 4,000 per day in recent weeks. Prime Minister Boris Johnson called it the Second Wave and introduced stricter lockdown measures in areas across the country – London was probably next.

“The country is facing a peak and we have a choice,” Hancock told Sky News. “The choice is whether everyone will follow the rules … or we will have to take more action.”

Hancock later told the BBC that a second national lockdown was a viable option.

Johnson on Saturday announced a 10,000 ($ 17,000 CDN) fine for people in England who violate new rules for self-segregation if they have contact with COVID-19 victims.

In addition to stricter regulations on social gatherings across the country, many cities and regions in Britain have imposed “local lockdowns” that further limit socially when, where and how many people can meet.

When asked about London Mayor Sadiq Khan’s comments that new sanctions were high in the capital on Friday, Hancock said: “I have been in talks with the Mayor of London this week.

This week, Londoners asked Hong Kong about the possibility of being told to work from home on Times Radio and said: “Well, I do not rule it out.”

Opposition Labor leader Khair Stormer said he would support any measures taken by the government, but criticized the government’s examination system for not being able to meet the growing demand for schools to return.

READ  The EU wants the military to respond quickly to crises