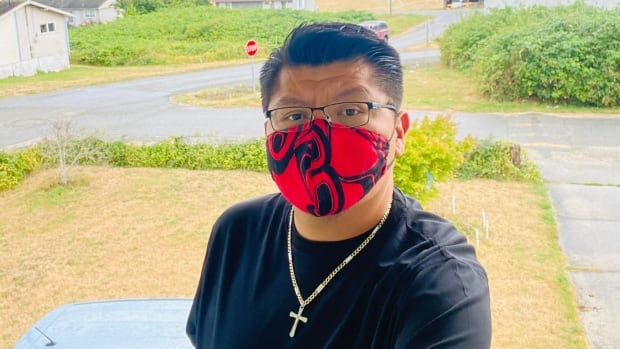 The Vancouver resident planted the “Kovid Garden” and planned to play as safely as possible during the epidemic. Those plans went awry after attending the funeral of a loved one in the territory of Tlamin Nation on the north sunshine coast near the Powell River in BC and his health remained intact.

Peters, a member of the country, was diagnosed with COVID-19 within days of his visit. After spending most of September fighting the virus, he is now speaking out publicly to warn people of how difficult that fight is.

“I opened myself up for a minute, a couple of people hugged me, and within a few days I was sick,” Peters said Thursday. On the island.

When he left the North Sunshine coast, he was exhausted, unable to complete the 80 km drive to Longdale Ferry Terminal to catch the ferry to Long Mainland. Instead, he had to pull himself up and fall asleep.

Peters took it back to Vancouver, where there was only one terrible night, where he said he had experienced “deep pain” all over his body and had a terrible headache.

The next day he was tested for COVID-19. The next day, he realized he was positive.

For the next few weeks, Peters lay in bed, exhausted that he could not eat anything and drank only water.

“Fatigue is so severe, I have to collect my umption to go to the washroom,” he said.

In a video recently uploaded to Tlamine Nation’s Facebook page, Peters said he wonders if he’s going to see another week when he goes to bed every day.

Fortunately, Peters never got to the hospital and now says he is back to 80 percent of his energy. Now he wants to tell his story to others, to prevent anyone from going through the terrible test he did – or worse.

Part of sharing that article is video.

“People may see me as a leper for the next little while, but if I help a couple people it makes the video worthwhile,” Peters said.

He says it is important for people to take the risks of the virus seriously and to take action that could endanger themselves or others.

“It will be with us for a while and we will have to make those responsible decisions.”

According to media reports released by Talamin Nation, there have been 36 positive COVID-19 cases reported in the country since September 7.

The community is currently in a state of local emergency and unauthorized visitors are restricted from Tlamin land.

To hear the full interview with Brandon Peters On the island, Click here.