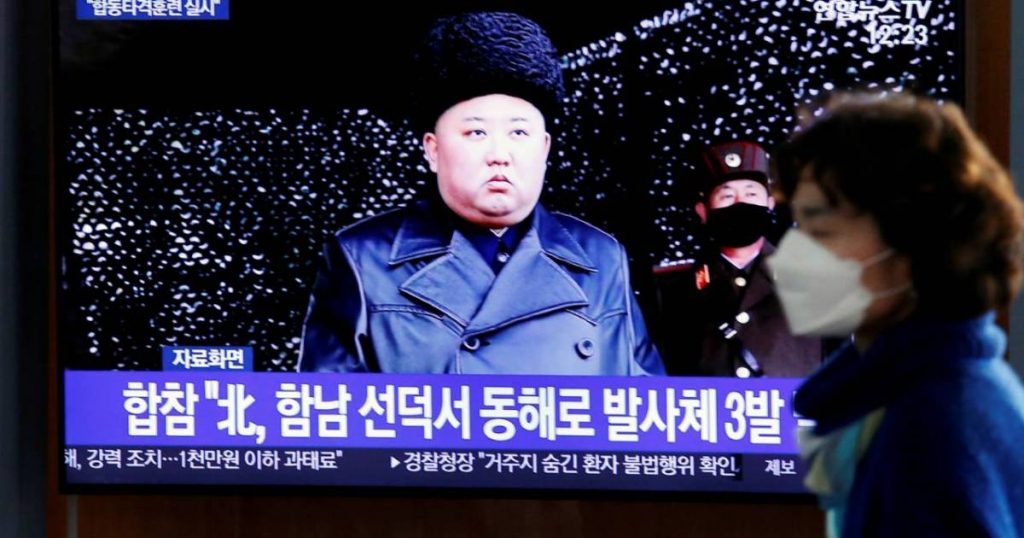 To prevent this incident from happening in Pyongyang, South Korea mobilizes dozens of navies to find human remains.

North Korea said Sunday it was searching for the body of a South Korean officer killed by its soldiers, but warned that South Korean naval operations in the area were threatening to escalate tensions.

Seoul has asked Pyongyang to further investigate the deadly shootings, suggesting that it could be a joint investigation by both sides.

The South Korean military alleges that North soldiers killed the man, dipped his body in fuel and set it on fire near the sea border.

North Korean state news agency KCNA said Sunday that the country’s authorities were considering ways to hand over the body to the south if it was found.

The report called it a “terrible case” but warned that South Korean naval operations near the scene had entered North Korean waters.

“We urge the South to immediately stop incursions across the military boundary line in the West Sea, which could lead to escalating tensions,” KCNA said.

KCNA says North Korea has launched its own search operation to recover the body.

“We have taken further necessary security measures to ensure that incidents that undermine the relationship of trust and respect between the North and the South do not happen under any circumstances, which is true to the purpose of our supreme leadership,” the report said. Without explaining.