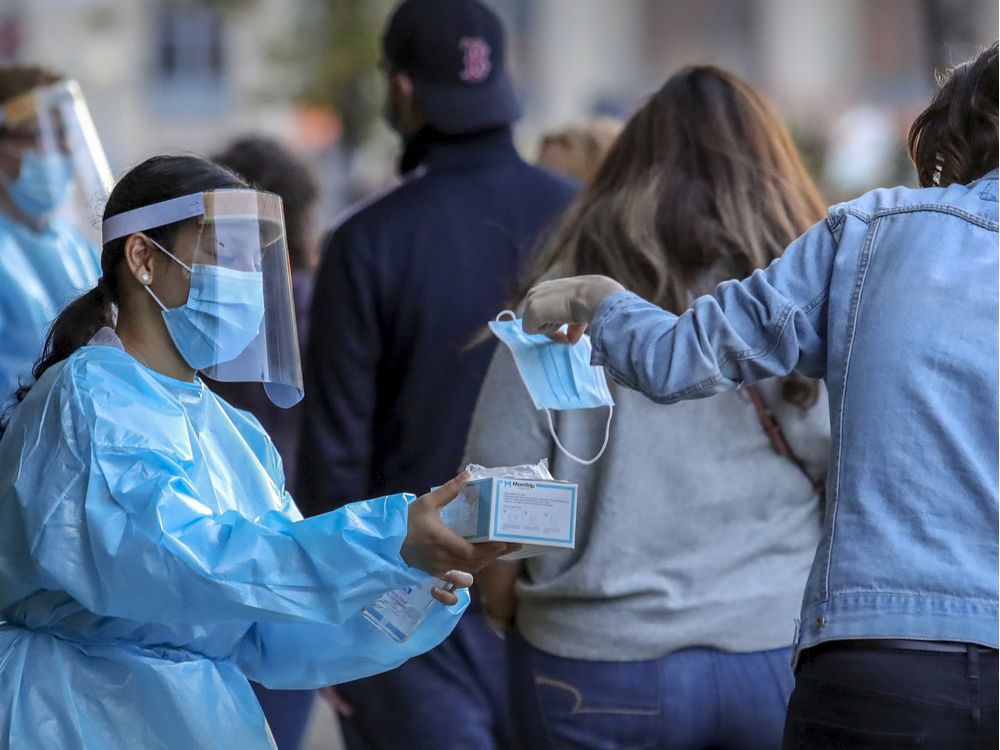 There were 896 new cases of COVID-19 in Quebec, bringing the total to 71,901 in the province, the regional government announced Sunday.

This is the biggest ODI jump since May.

698 new cases were reported in Quebec on Saturday.

Four new deaths have been reported, two of them in the last 24 hours and the rest between September 20-25. The Quebec death toll is now at 5,825.

The number of those admitted to the hospital dropped to 216.

Of those hospitalized, 41 were in intensive care – four less than the previous day.

On Friday, Health Minister Christian Dubey urged Quebecars to avoid all social contact for the next 28 days An attempt to break the second wave of COVID-19.

“It’s been a month – it’s not permanent,” Dubey told a news conference. “We are asking for a month’s effort to break the second wave.”

Dubey said on Friday he had no plans to impose a second lockdown on Quebec, citing fears that more people would gather in private homes.

People were told that there was no problem if a couple or family went out for lunch at a restaurant, but to avoid contact with others outside their immediate bubble.

Social gatherings contribute to the current growth of cases.