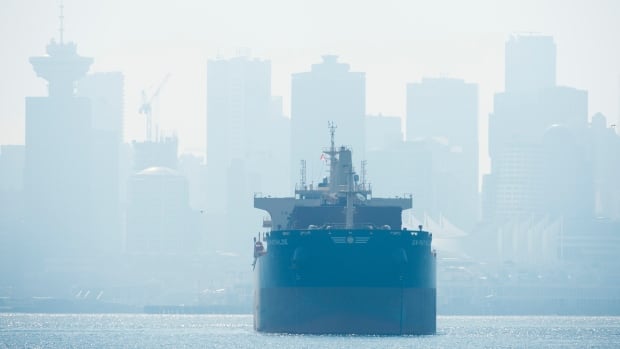 Residents on the south coast of BC have been treated to unusually warm weather and clear skies so far this week. But that may change soon.

Much of California’s wildfires continue to erupt, with large amounts of smoke being produced into the sun by Wednesday.

CBC meteorologist Johanna Wagstoff said smoke was currently moving towards the Pacific Ocean, but in the middle of the week, winds are expected to pull in part over BC.

“The high pressure we have now helps lock in those fine particles,” Wagstoff said.

“It’s hard to say how long it will be sticky, but be prepared for the cloudy skies in the second half of our week.”

BC is expected to see warmer weather records this year, with temperatures hovering five to 15 degrees above normal, but Wagstaff said if we get enough smoke, those temperatures will drop.

The province is already experiencing a heavy smoke season due to wildfires along the US West Coast.

Most of the damage occurred after dry lightning strikes in mid-August.