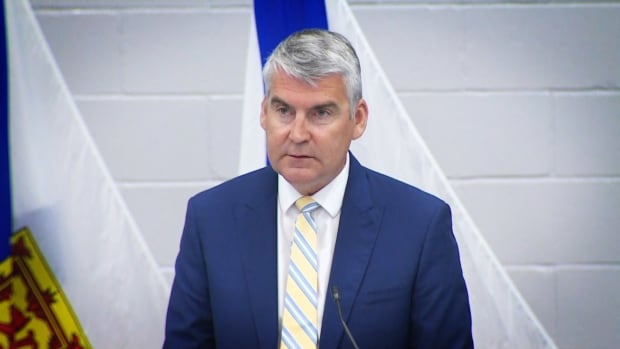 Premier Stephen McNeil on Tuesday apologized for the systemic racism in the legal system that has plagued Black and Indigenous Nova Scots.

The regional government said it was looking to rebuild the justice system to eradicate racism and promote equality.

“Our justice system, from policing to the courts to corrections, has failed many members of our black community. It is a system that is supposed to keep you safe, but you are afraid because of your skin color,” McNeill said.

“Today I say ‘enough’. I hear you, I see you, I believe in you, excuse me. On behalf of my ministers, my caucus, our government, excuse us.”

McNeill said apologies were not enough. His government is therefore looking to “re-imagine the legal system in Nova Scotia” where a person is treated with dignity and respect, regardless of skin color, culture or economic background, and everyone is considered safe.

McNeill explains the design team’s mandate, which he says will lead to a ‘fundamental and systemic change’ to laws and policies. 1:53

He said policing in the province would be a restoration process to change public safety. Government and social groups at all levels need to work together to make changes.

To do so, McNeill was empowered to bring together a team of government officials, police officers, lawyers and members of the community to formulate a restoration policy that would “change public safety in Nova Scotia”.

“This restoration process goes deeper to ensure that it leads to fundamental and systemic changes. It requires significant changes in our laws, our policies and our practices. The current system is broken and the only way to fix it is to find a better, more flexible way,” McNeil said.