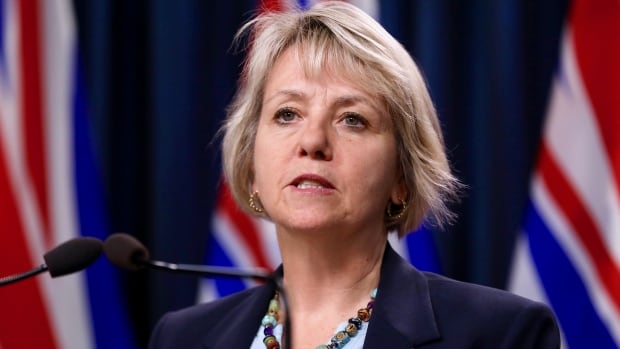 Four more deaths from COVID-19 were reported over the weekend in BC and another 358 new cases were confirmed, Provincial Health Officer Dr Bonnie Henry announced Monday.

The update will include three days of data. There are now 1,353 active cases related to the novel coronavirus infection, 66 in hospital and 16 in intensive care.

To date, 9,739 people have been diagnosed with COVID-19 cases in BC, of ​​whom 242 have died. As of Monday, 3,010 people were under active surveillance by public health workers infected with the virus.

Henry demonstrated new modeling on the impact of the epidemic on BC during a briefing on Monday. This shows that although the number of new cases continues to be high every day, the active caseload growth rate has begun to fall again.

“We are smoothing out our curve. It is the job of all of us as individuals and communities to make this difference,” she said.

The average number of new infections in the COVID-19 case has now dropped to less than one, with the average person now having 45 percent of their normal intimate relationships. With Thanksgiving coming up this weekend, it’s important to make sure that pattern continues, Henry said.

Meanwhile, BC’s testing capacity is growing at a steady pace. About 33,000 tests were done in the last three days, of which only 1.03 per cent were positive.

Between last week and the week before, the total number of COVID-19 tests increased by 15 percent.

According to the latest data most of the newly confirmed cases are between 20 and 39 years old.

It also includes the latest information on how returning to class has affected the spread of the disease. As of October 1, there were 50 exposure events in BC schools.

“What we haven’t seen are schools that increase transmission rates,” Henry said.

Last week, Henry gave a positive assessment of how schools are doing to prevent the spread of classrooms since students returned in September.

She said the robust system of contact tracers separates people who test positiveness quickly and the system works despite the need for some adjustments.

BCCDC also issued DOS and a long list of do’s and don’ts While having a safe Halloween this year among the coronavirus pandemic.