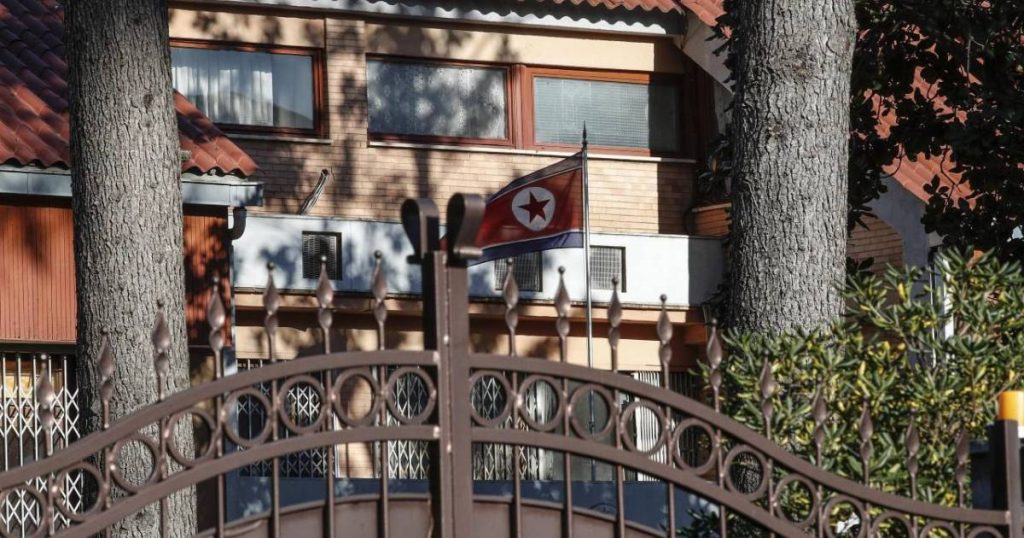 A former senior North Korean diplomat from Italy is currently in South Korea and has disappeared from Rome in late 2018, a member of the National Assembly Opposition has revealed.

Joe Song Gill, North Korea’s acting ambassador to Italy, disappeared with his wife after leaving the embassy without notice in early November 2018, and his whereabouts have been unknown ever since.

The two left before the end of Joe’s tenure as acting ambassador in Rome.

According to Ha Tae-kyung of the opposition People’s Power Party, the diplomat entered South Korea in July last year and was “under the protection of the authorities”.

Sources later told the Yonhap news agency that Joe had come to South Korea with his wife and that they had traveled through a third country.

Prior to the revelation of his defections, Joe was said to be seeking asylum in a third country under the protection of Italian and other governments.

Yonhap said if confirmed to be true, Joe would become one of the highest-ranking officials settled in the South.

In 2016, Thee Yong Ho, a senior North Korean diplomat in London, fled to South Korea with his family.

కొత్త New life in the South

A long-standing annoyance between Pyongyang and Seoul is the issue of diversions.

In June, North Korean forces threatened to re-enter militarized border areas in accordance with a peace deal, after defection groups in the south launched a campaign to send propaganda leaflets designed to encourage defections across the border.

Some in South Korea have blamed the actions of groups of defectors for unnecessarily escalating border tensions.

This problem contributed to Pyongyang’s decision to demolish the Inter-Korean Liaison Office building in Kaisong.

The office was established in 2018 as part of a series of projects aimed at reducing tensions between the two Koreas.

Although talks between the United States and North Korea over nuclear disarmament and the lifting of sanctions have stalled, South Korean President Moon Jae-in has called for the re-establishment of office and the resumption of talks.

Moon made the call after another defection, in which a South Korean fisheries official was shot dead by North Korean maritime border officials.