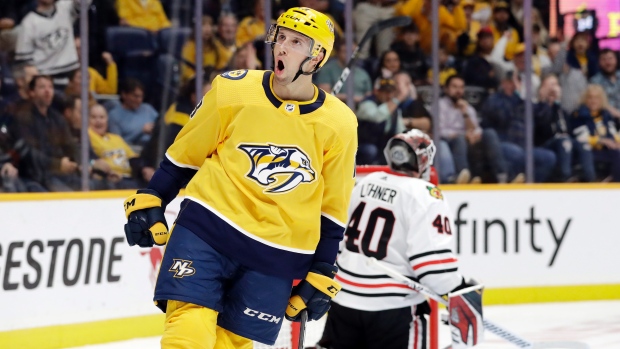 Nashville Predators have traded Nick Bonino, replacing Luke Kunin with Forward 37 and 70 for Minnesota Wild in this year’s draft and No. 101 on Wednesday.

Shortly after the deal was announced, the Predators placed Kyle Turis and Steven Santini unconditionally on amnesty for purchase purposes.

#mnwild Owns Nick Bonino and the 37th and 70th Draft Picks in 2020 #NHL Draft Forward Luke Kunin and from Nashville Predators instead of the 101st choice in this year’s draft.

Bonino has scored 18 goals this season, scoring 35 points in 67 games, adding one goal in four games during his return to play.

The 32-year-old was signed at 1 4.1 million cap hits next season. A veteran of 626 NHL games, Bonino has scored 122 goals and 282 points in his career with the Predators, Pittsburgh Penguins, Vancouver Conks and Anaheim ducks.

The 31-year-old had nine goals and 22 assists in 62 games with the Predators last season. The group bought Turis from Ottawa senators in a three-way trade that saw Matt Duchenne head to Ottawa. On November 5, 2017, Nashville immediately signed a six-year contract worth $ 36 million with Turis. Prior to joining the Predators, Forward had 20-goal seasons in three of his last four seasons.

The 25-year-old defenseman appeared in just two games with the Predators this past season, failing to record a point. He scored two goals and 12 points in 54 games with AHL’s Milwaukee Admirals.

The 22-year-old Kunin scored 15 goals and 31 points in 63 games with the Wild this past season, adding two goals in four games in the Edmonton Bubble.

Kunin, who was selected 15th overall in the 2016 NHL Draft, is scheduled for a limited free agency this off-season. He has 23 goals and 52 points from 131 career games, all with Wild.